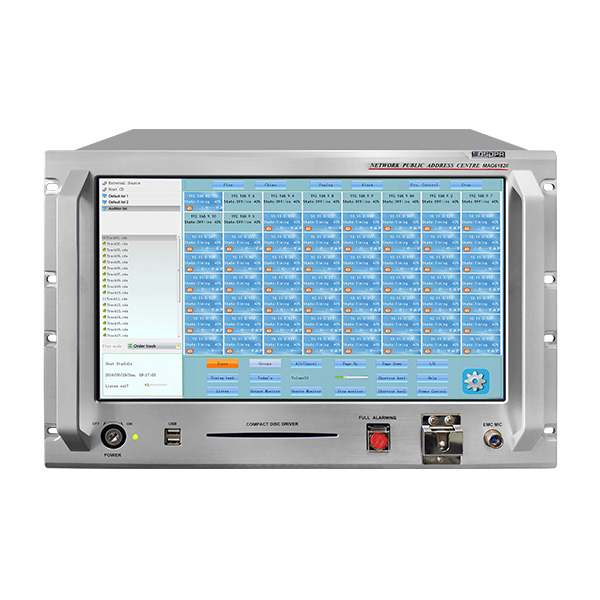 This MAG6182II is a Network Public Address Center, which is a computer network technology based, modular structured and highly integrated and intelligent public address system.

The network public address device is compatible with terminals with various functions, including player terminals, VOD terminals, paging terminals and one-button emergency calling terminals etc. The device is composed of a player, a zoning mechanism, a timer and an equalizer, in addition it also provides powerful audio matrix function.

Sorry, but no results for your searching. Try to search with different keywords.