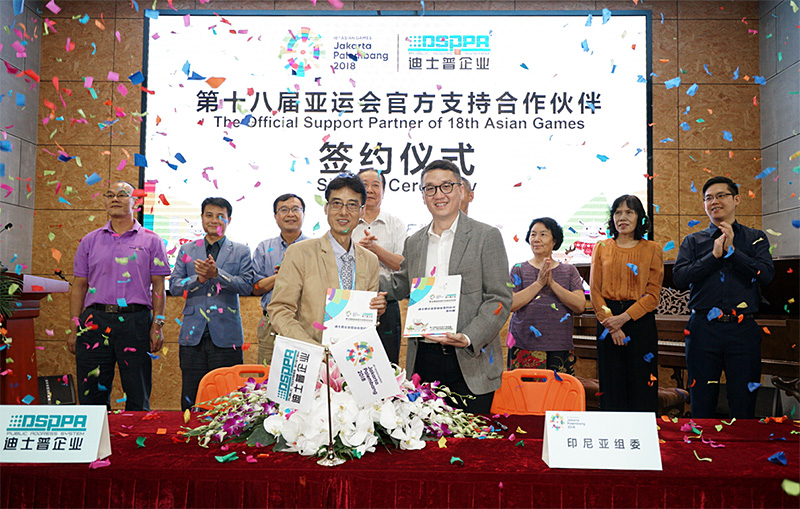 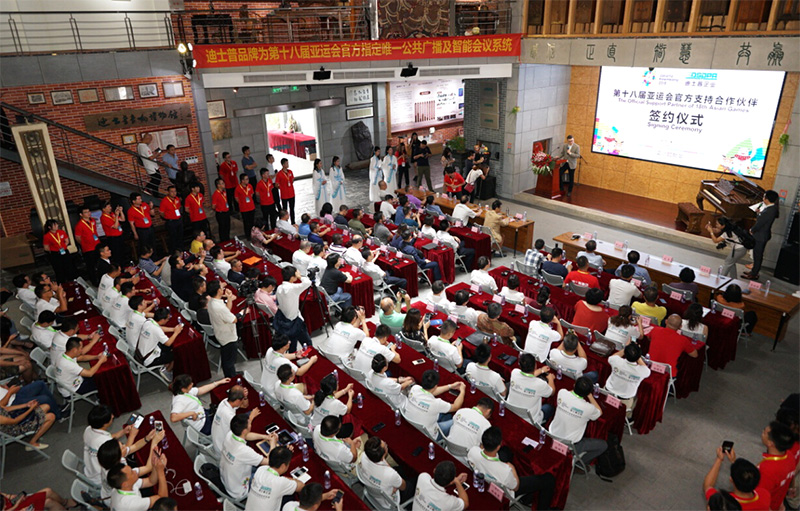 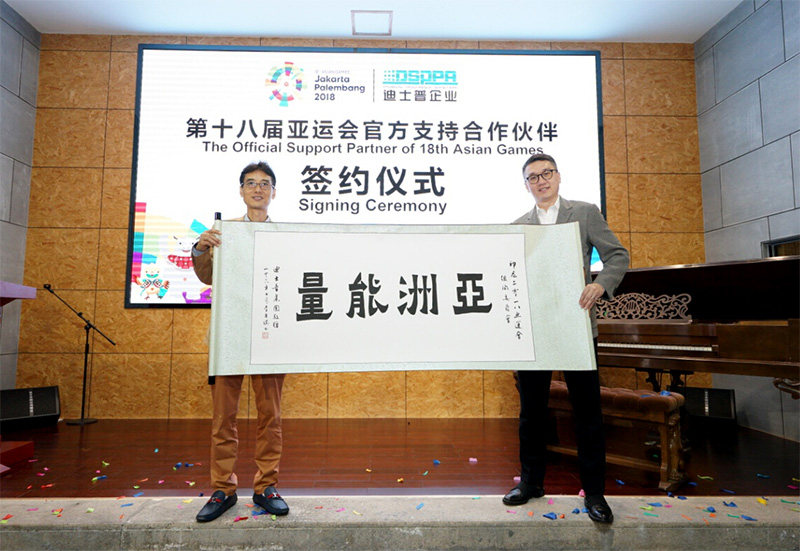 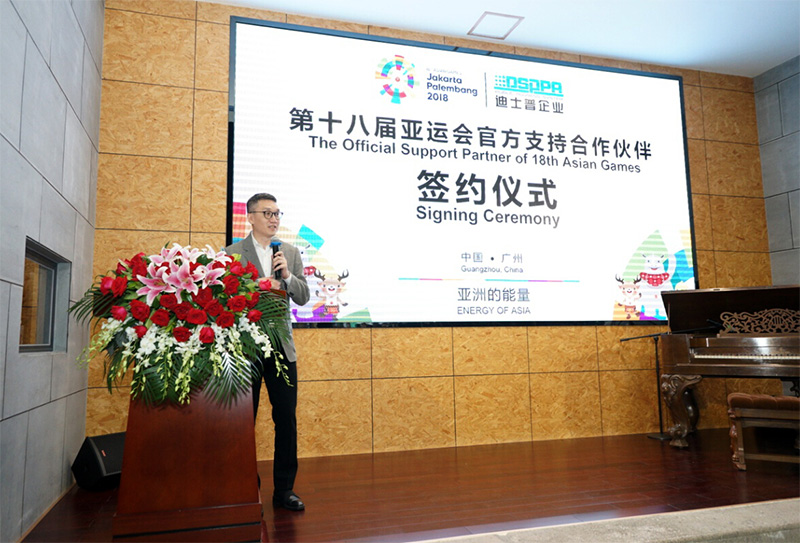 On the signing ceremony, Mr. Sarman gave a speech. He expressed his faith in the success of Indonesia Asian Games and his expectation for the corporation with DSPPA.
In the signing ceremony, Mr. Wang Heng said: “This is another big project of DSPPA after 2008 Beijing Olympics, 2010 Shanghai Expo, 2010 Asian Games in Guangzhou, The 9th ASEM Summit, 2014 Winter Olympics in Sochi, Russia, and 2016 G20 Summit in Hangzhou.” During the 18th Asian Games, DSPPA Public Address System will be used as the exclusive PA and intelligent conference system. This grand event happens to witness the development of DSPPA in the past ten years. This is a great corporation opportunity between China and Indonesia after the proposal of “The Belt and Road” by President Xi Jinping since Indonesia is an important part of the “Maritime Silk Road”. 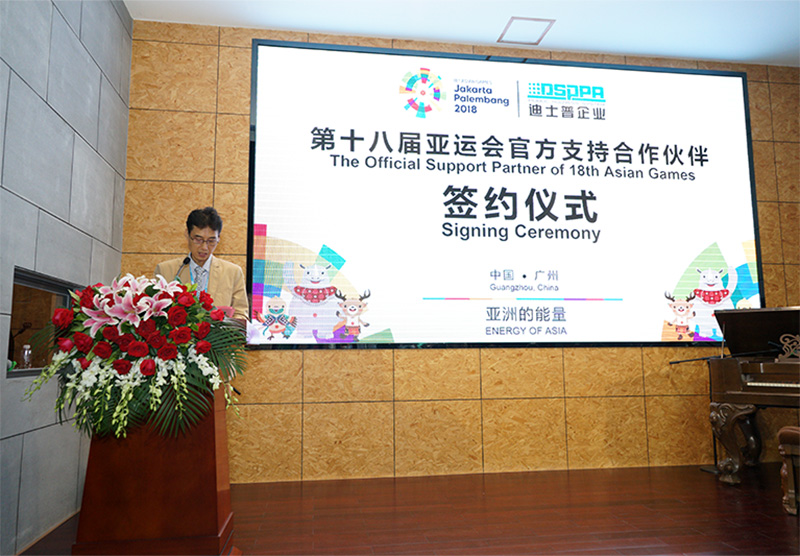 In the interview after the signing ceremony, Mr. William Wong, General Manager of International Department said: “Even under the circumstance that China and America are having a tariff battle, the overseas sales of DSPPA has increased 46% from January to May 2018. And it is expected to continue to increase.” He also implemented that the tariff battle would bring a lot pressure to the whole industry. He said “this year, we proposed ‘Southeast Asia Strategy’. This partnership with the Asian Games will be beneficial to our development in Southeast Asia market.”
Year 2018 is the 30th anniversary of DSPPA. We have achieved a lot during these years including becoming the chief editorial company of the Technical Code for Public Address System Engineering, which is the first Chinese standard for PA system engineering in the industry. In addition, DSPPA has registered in more than 50 countries and regions and has passed many international authoritative certification such as CE, UL, and RoSH. Mission of DSPPA is “To be respectable, to be worldwide”. Revitalizing national science and technology is the aim of domestic enterprises. The 18th Asian Games is an important platform of promoting Chinese brand to the whole world. Being a part of it, DSPPA is proud to have made its contribution to this great mission. 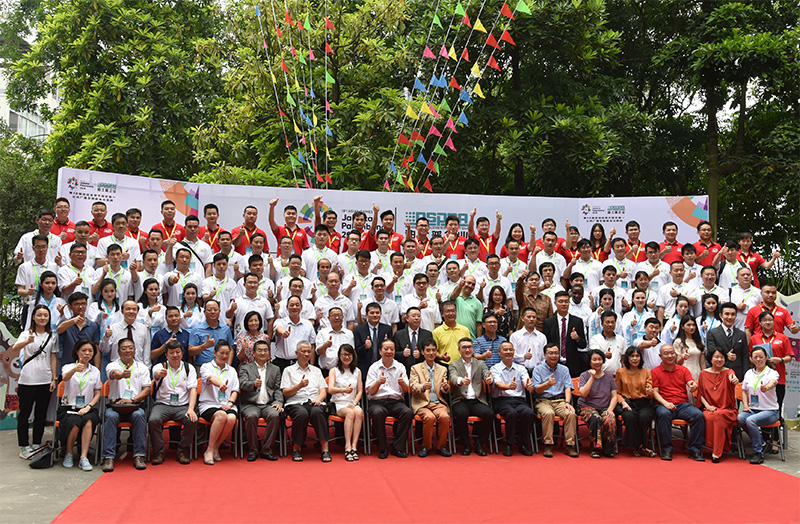 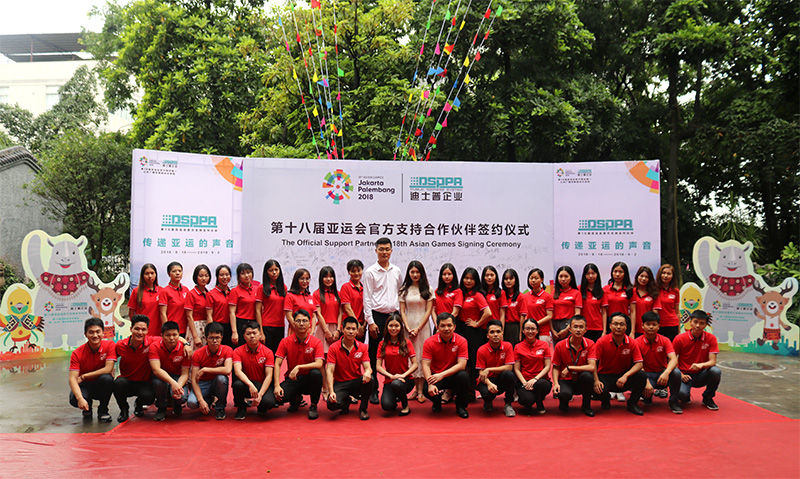