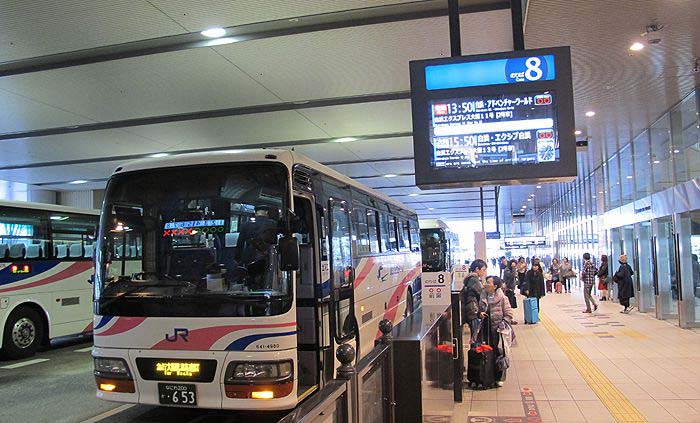 As an important construction project of the city, the station plays an irreplaceable role in improving the city image and promoting the local economic development. Cater to meet the needs of building modern stations and improve the station environment, it can use the broadcast system to effectively carry out station management, spiritual civilization propaganda, and emergency handling. At the same time, due to the large passenger flow at the station, it can carry out city image publicity, tourism and accommodation introduction. The station is divided into VIP rooms, waiting rooms, ticket halls, station squares, waiting platforms, delivery and pick-up flow centers, and other functional areas, so it is quite suitable for using DSPPA Network PA System. The broadcasting system must have three basic functions: background music broadcast, business broadcast, and emergency broadcast. 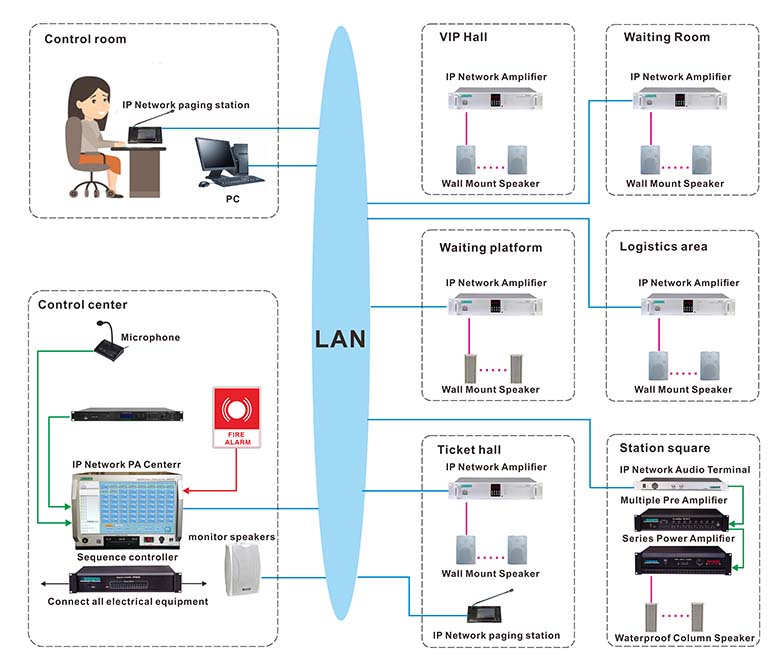 The main control center of the system is composed of a sound source unit, a network broadcast server host, a fire terminal, a power amplifier and a speaker. The network broadcast server host has a powerful built-in broadcast matrix system to effectively solve the problem of multi-channel audio broadcasting, with scientific broadcasting process control and zone content priority management, which can avoid blocked broadcasting information queue caused by dense buses, and eliminate the situation where important broadcast information is ignored and not be broadcast. The network broadcast server host has built-in large-capacity program source space, and can play different program sources in different function zones. As the broadcast can support multiple remote zone paging channels, you can manually control the service broadcast (such as notification, speech, finding people, etc.) to a single area, combined area, and the entire station at any time according to the needs of the station.

Generally, the public address system can realize automatic schedule broadcast, music file insertion, important leader speech and broadcast control in the broadcast control center through the control host or computer. If the station staff wants to realize music file broadcasting, microphone speech, or background music playback control, it is required to configure a sub-control software and a remote paging microphone, which can realize the background music broadcast and business broadcast to all zones or the local zone, making the system more user-friendly and easier to manage and query. After installing a remote sub-control software on any computer on the local area network, the authorized personnel by the computer room administrator can operate and manage the entire broadcast system at his office. At the same time, he can transfer the programs between the sub-control computer and the host server through the remote sub-control software, and can play the programs on the sub-control computer. The main control software can automatically generate running records and save them on a daily basis for easy query.

The user should choose the indoor and outdoor speakers in public areas based on the application environment. And now we choose the indoor wall mount speakers and outdoor waterproof column speakers. Due to the large passenger flow in the delivery freight yard, the waiting platform and the square area, which is noisy with harsh weather conditions, we choose outdoor waterproof speakers. According to the different functions of the station area, we can carry out zone management in the entire station (such as VIP halls, waiting rooms, ticket halls, station squares, waiting platforms, delivery and pick-up flow centers, etc.), which can realize the overall playback management of the whole station, or broadcast in a single zone or multiple zones in combination, manually or automatically. The automatic one is achieved through the main control management system to realize the automatic playback of the common musics of the station within a single zone, combined zones, and the entire station, while the manual one is achieved according to the needs of the station to manually control the broadcast of a single zone, combined zones, and the entire station at any time (such as notifications, speeches, finding people, etc.). Different broadcast content can be broadcast in the ticket halls, waiting halls, VIP waiting halls, station squares at the same time. For example, it can automatically broadcast the vehicles' information in the waiting halls, the ticket information in the ticket halls, and the city introduction and tourist information in the station squares. The main control system is a multi-channel automatic broadcast system, which can meet the needs of different broadcasts in different areas at the same time.

The station network public address system can be equipped with an alarm linkage module, which can receive zone alarm signals from the fire center. If an emergency occurs on a certain floor of the station, the broadcasting system will be activated to make the corresponding work area enter the forced emergency broadcast state. The override broadcast can be limited to the accident area or can be extended to several neighboring areas (settable). The latter is an adjacent alarm function, which can prevent secondary accidents, such as crowding and trampling, and minimize the loss of life and property caused by fire.