The outdoor public address system includes background music and emergency broadcasting, which are usually combined. Its objects are public places. They are installed in the corridor, the elevator door, the elevator car, the hall, the mall, the restaurant, the bar, the banquet hall, the garden of the community and other places with an assembly type sound column or disperse loudspeaker box. Usually, it plays background music, but when an emergency occurs, it is strongly cut into an emergency broadcast, which is used to direct and evacuate the crowd. 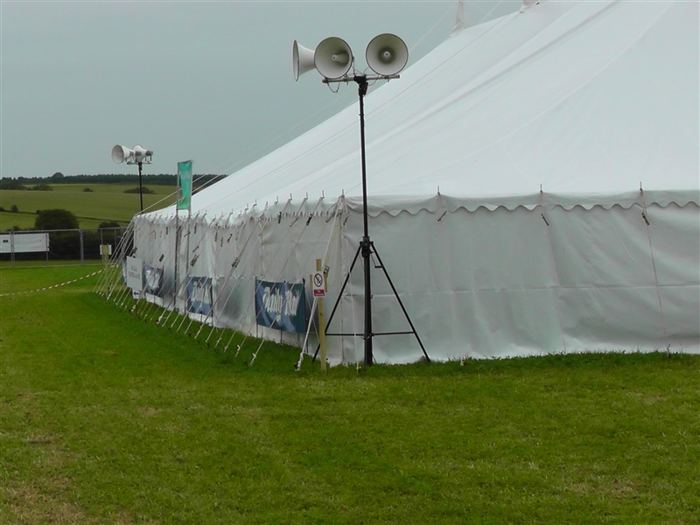 Outdoor public address system can also be used to play background music (BGM), its main role is to cover up the noise and create a relaxed and harmonious atmosphere. If the listeners do not listen carefully, they can not distinguish the source position of the sound as its volume is small. It is a kind of music to create a relaxed and pleasant environment atmosphere.

Therefore, there are two effects of background music, one is psychological concealment of environmental noise, the other is to create an atmosphere compatible with indoor environment. The outdoor public address system has many control functions, such as selective broadcast and full call broadcasting, mandatory switching and priority broadcasting. The public broadcasting system loudspeaker loads are scattered and the transmission lines are long. In order to reduce transmission line loss, 70V or 100V constant voltage and high impedance transmission are usually used. The sound pressure is not very high, and the sound quality is dominated by the middle and alt pitch. In this system, the microphone used in broadcasting and the loudspeaker broadcast to the public are usually not in the same room, so the problem of silent feedback can be solved.
PREV: A Brief Introduction of Public Address Amplifiers NEXT: Outdoor Public Address Systems
Related News