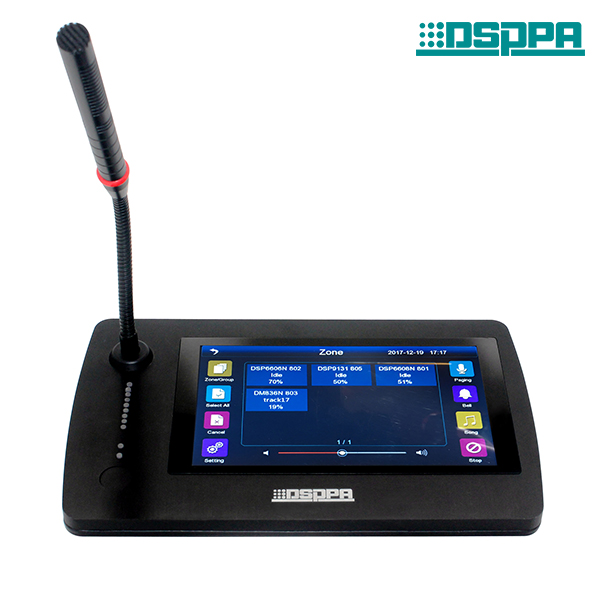 DSP9101 is a network Hi-Fi paging station based on TCP/IP transmission protocol, the smart paging station can be linked to anywhere reachable to the network, so as to achieve the paging to and control of 200 partitions. With the same features of the high stability as the traditional paging station, the smart paging station is characterized by stable and reliable operation,low failure rate, fully digital signal transmission design, and the smart control oriented. In addition to the auxiliary input and output channels, there is the built-in player developed by the Company independently, which is used to achieve the local monitoring of the host programs. 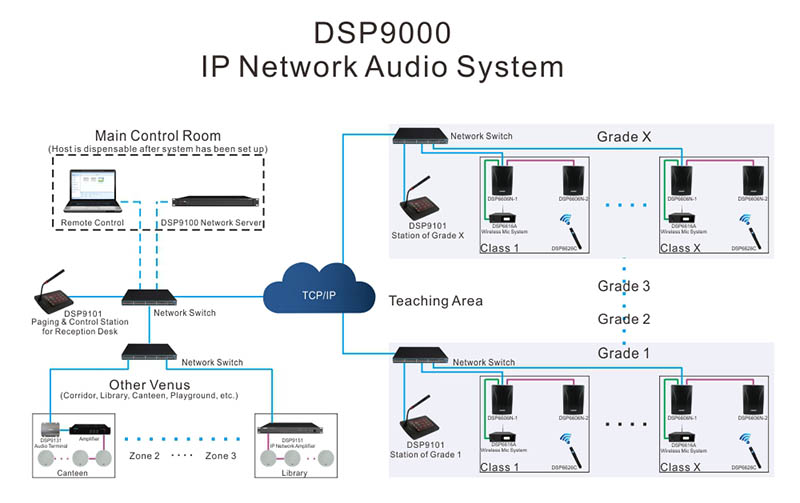