G-Park is a fast-growing construction company in Nursultan, with a high level of professional construction management, innovative engineering solutions and construction technology, experienced personnel and modern materials and technology foundation. 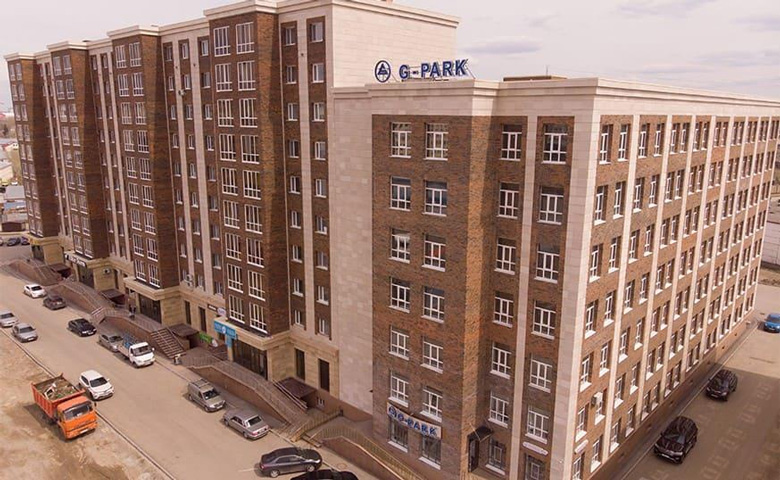 In a bid to meet the requirements of G-park, we recommend our customer to use DSPPA EN54 voice evacuation system to play background music and emergency paging in 24 zones, and install a 30W wall mount speaker in each zone and a fireman microphone for every two zones, with 2 paging microphones in 2 different control rooms. Also, the system has monitoring and circuit detection functions. 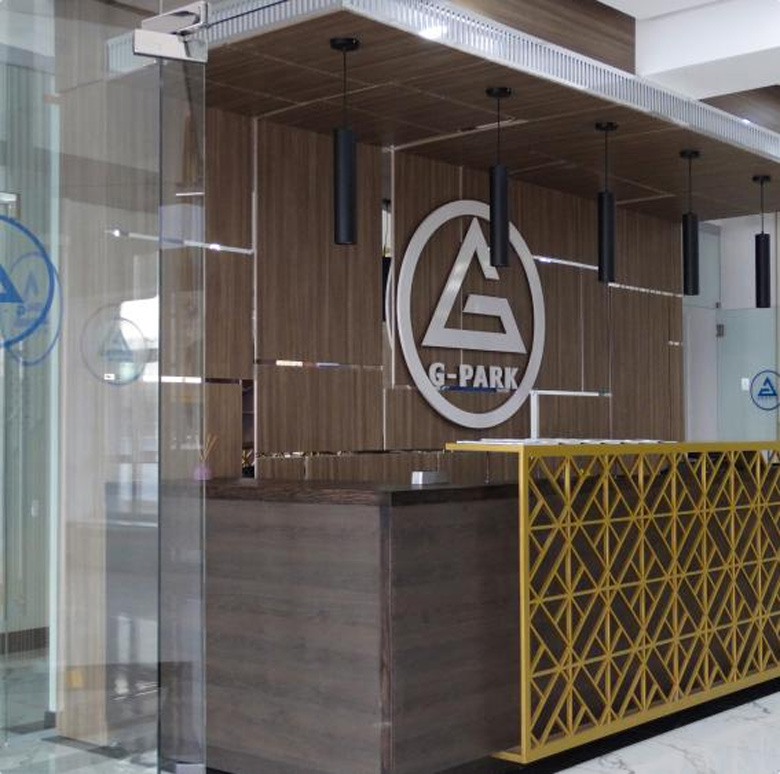 ● PAVA8500/PAVA8500E control host can be expanded to 160 zones, and can realize real-time detection of bus loops, automatic system fault diagnosis, data backup, line redundancy and fault status recording (≤1000), which is safe, stable and reliable.
● The whole system supports 30 remote paging microphones or fire paging microphones, and can realize one-key paging in all zones and zone paging function.
● The whole device supports 24V power supply. When the mains power is cut off, the device will automatically check and switch to 24V backup power supply to ensure the normal fire broadcasting. The host PAVA8501 has a DC24V charger.
● The host PAVA8500 and PAVA8500E support 6 channels of auxiliary inputs, 2 channels of microphone inputs, 8 zones of simultaneous outputs with independent volume control, system timing function and background music playback.
● Only one CAT5 cable is needed between the system equipment, and the unique Dante protocol is used to transmit high-quality data audio signals and control signals. It supports hand-in-hand and star wiring connection, easy-to-operate and low-cost.
● The system has a one-key alarm function, and can customize the alarm voice, with several modes such as alarm in adjacent layer and designated zone (including all zones), easy and quick to set, suitable for different environmental alarm requirements.
● The control host adopts embedded man-machine interface, and supports multiple sets of PC software interfaces at the same time. After the control host is configured, it can operate independently from the PC software. 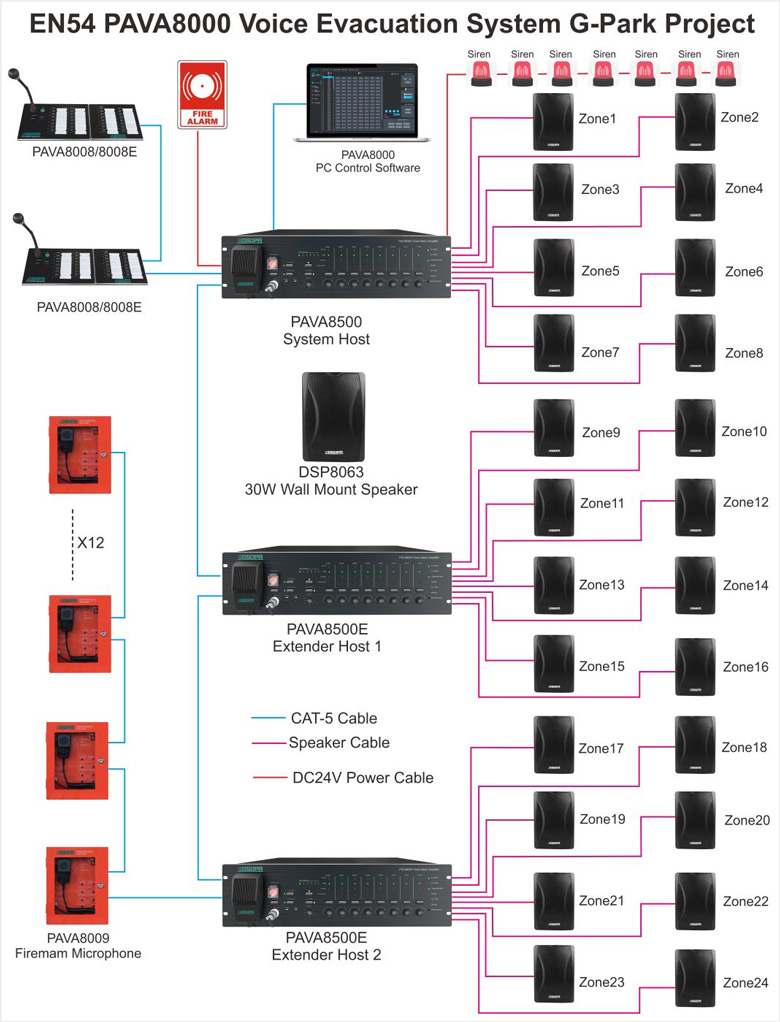 
1. Voice alarm broadcast preview function
In order to increase the survival method for office staff in the office building when they encounter a disaster, the system can enter the alarm test and drill mode through quick operations, and the alarm function will be disabled after finishing the drill.
2. Remote paging and timing function
This system’s remote microphone can remotely paging a single, multiple or entire zones in public areas or office areas; and it has automatic playback and timing functions to play the timing fixed-point music or off-duty ringtone in public areas or work areas under unattended operation.
3. Alarm settings and voice download function
The system can program the alarm area combination by the control software and download it to the main controller. When alarming, the main controller can control each area to enter the evacuation or early warning state according to the prewritten programs. At the same time, the alarm voice signal generator broadcasts the voice prompt signal, and broadcasts the evacuation or early warning voice in the corresponding area. The area that has not entered the evacuation and early warning state is not affected.
4. Broadcast priority function
In this system, broadcast speeches have the highest priority, and voice alarms have priority over background music. It can broadcast or broadcast recorded voice signals to any terminal combination. Multiple paging stations can set different priorities according to their serial numbers, and up to 32 remote paging microphones can be connected.
5. Flexible software operation function
With flexible operating software, it can remotely detect, control, set audio priority, view operation records, and set impedance detection parameters in the office through the computer software.
6. Background music function
It can provide background music when there is no fire alarm in the office building. Different program sources can be selected for different zones. The content and volume of each zone can be controlled by the control software and the main controller. 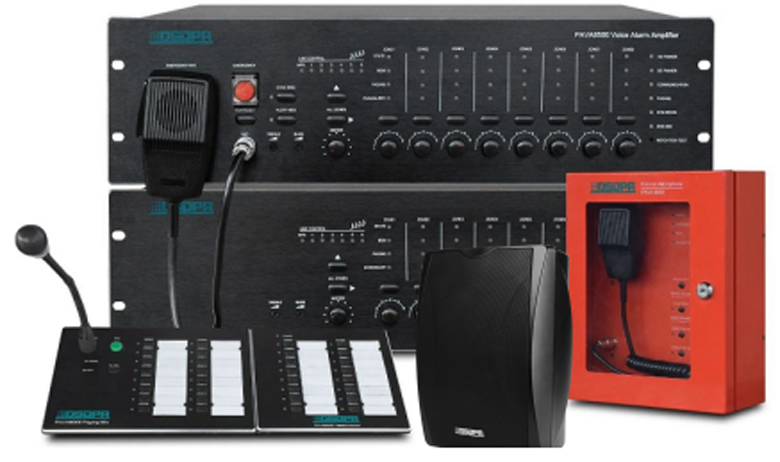 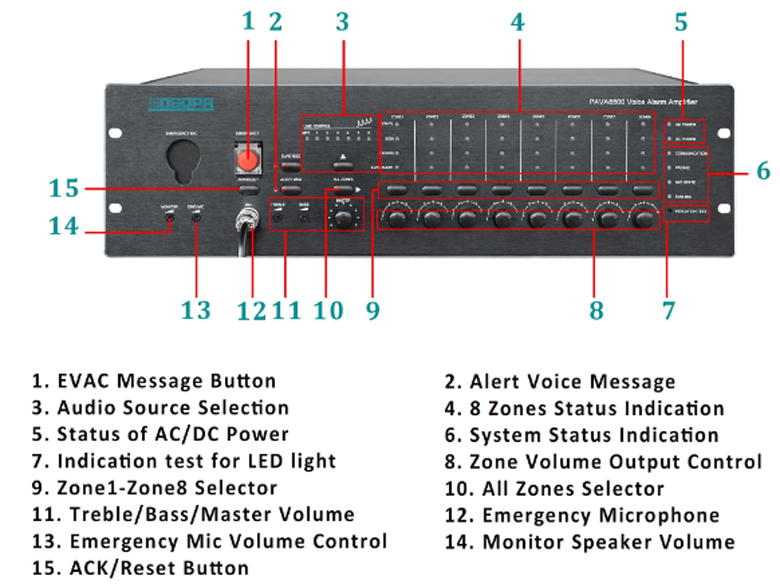 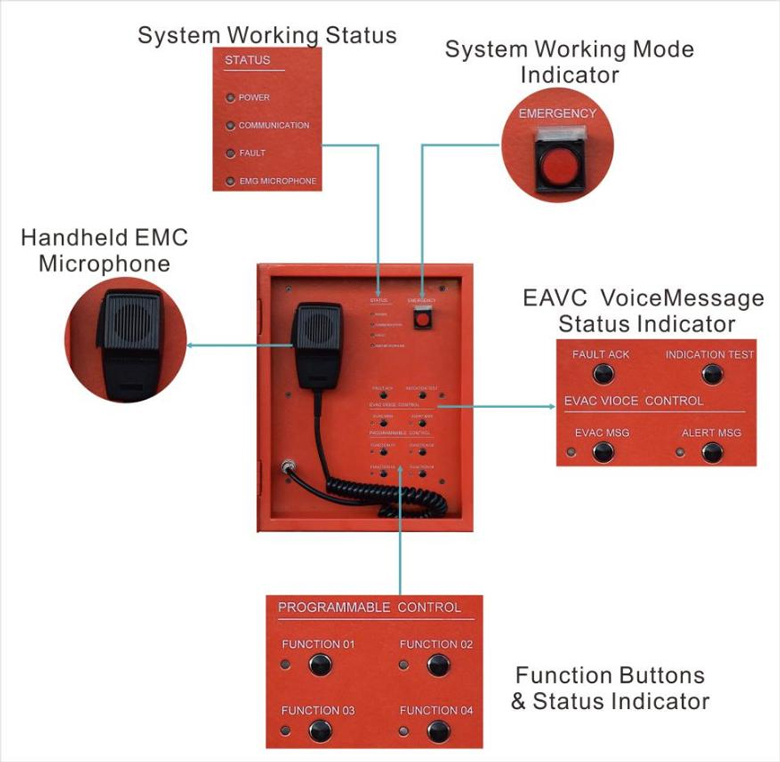