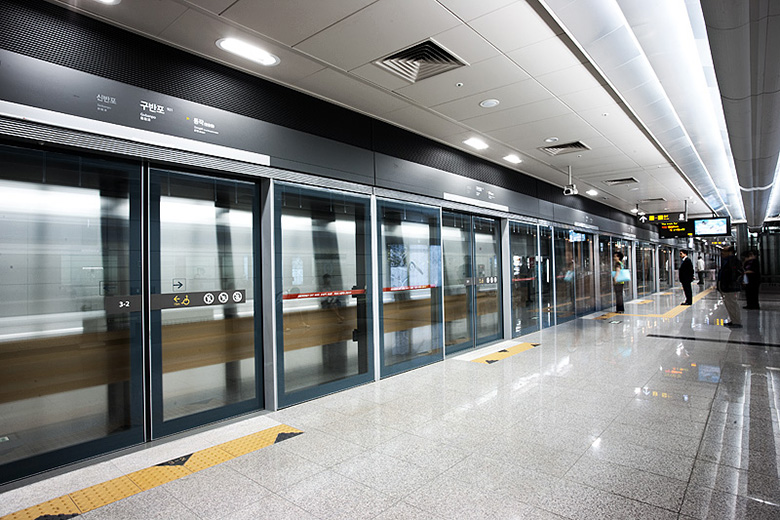 Background: Different speakers and amplifiers based on the size of the subway station. Take a subway station for an example (Subway Station 1), which is divided into two floors, each with length 120m, width 20m, and height 3m. 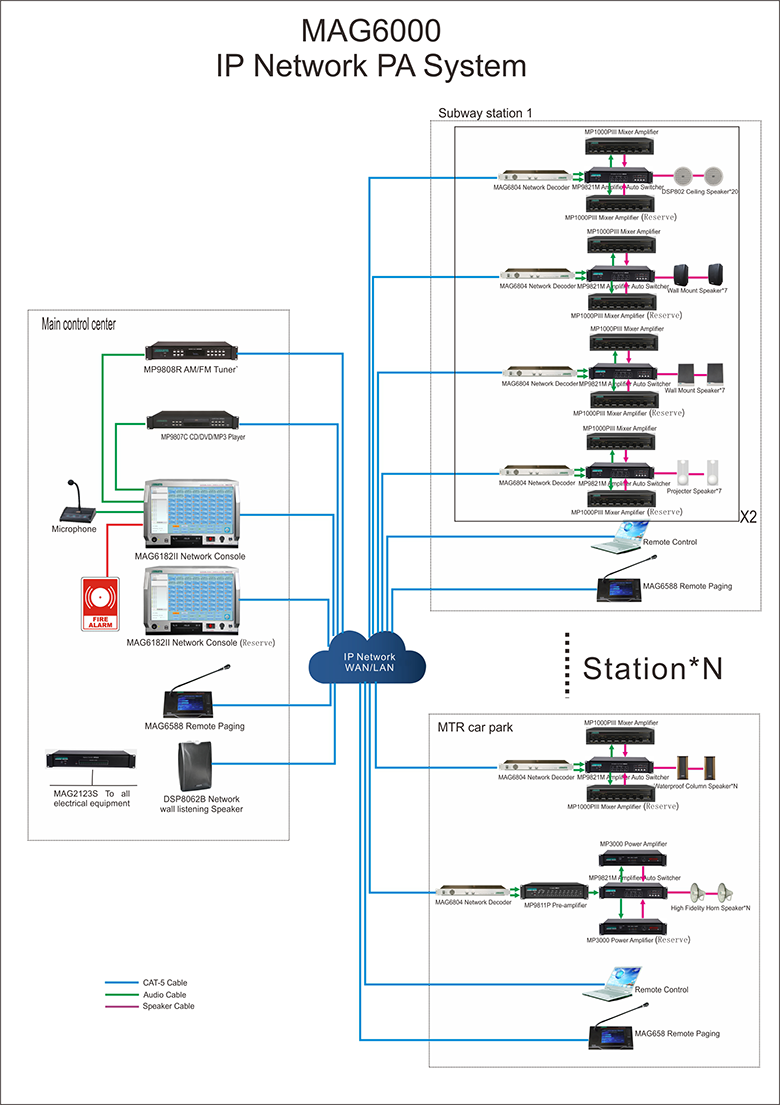 1) Broadcast center: Staff can broadcast or make a zone paging within the public broadcast range through the control center.

2) Monitoring function: Staff can listen to the broadcast status of each station within the authority of the control center.

4) Automatic station broadcast and prerecording functions: When a train inbound signal is received, the prerecorded voice will be activated to broadcast automatically.

5) Background music: The control unit has its own audio acquisition card that can play different music, such as CD player, MP3 and radio, and can be connected to external audio sources.

7) Amplifier fault detection and host-backup switching function: The control host can make areal-time detection and self-checking of the power amplifier. When the main amplifier suffers a problem, it will automatically switch to the backup amplifier to ensure the normal operation of the subway broadcasting system at any time.