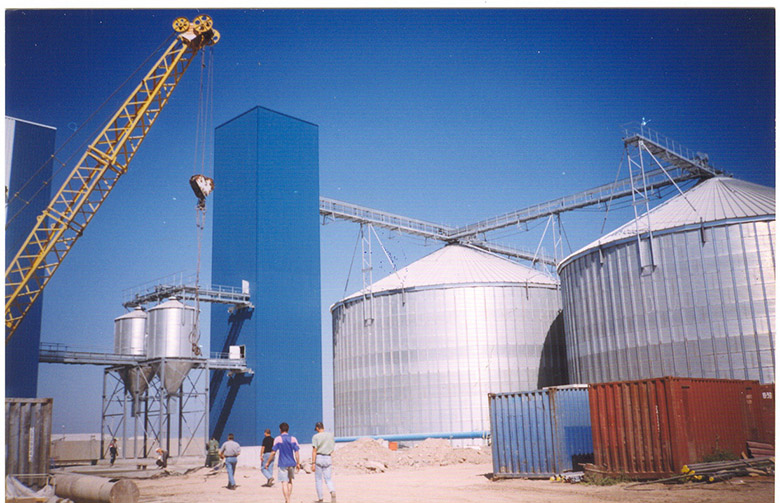 Based on the characteristics of the modern new factory, the public address system is set up in the modern factory area. At present, the public address system we often talk about includes three parts: background music in public areas, production management broadcasting, and emergency broadcasting.
I.Background music in public areas: Setting background musics in public areas can create a comfortable and harmonious atmosphere.
II. Production management broadcasting: Set the zone broadcast according to the production workshops, offices or floors. It is mainly used for production dispatch and management broadcasting. Also, it can broadcast music or radio programs at regular intervals, which can relieve tension and eliminate fatigue.
III. Emergency Broadcasting: As for the design of intelligent factory buildings, the emergency broadcasting is usually regarded as a linkage part of automatic fire control. However, it is carried out as part of the public address system in the actual construction. In the broadcasting system, as the fire broadcast has the absolute priority, the process of fire signals to speakers should be unobstructed, including cutting off all other broadcasts and all speakers in the corresponding areas should work at full power. The following is a small and medium-sized factory, including 3 production workshops, 3 offices with different floor areas, public areas, and staff canteens. According to the design codes of GBJ / T16 92 of the Code for Electrical Design of Civil Buildings, and GBJ16 37 of the Code for Fire Protection Design of Buildings, the IP intelligent broadcast system can be used to realize those functions. 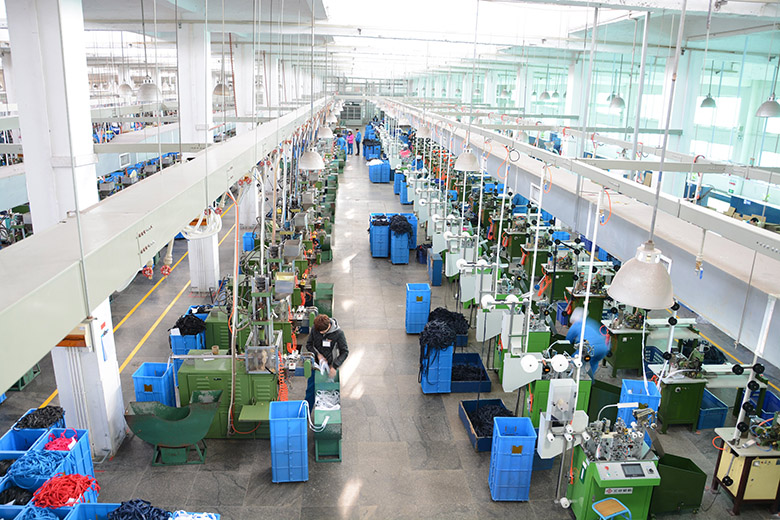 2. Zone management: can realize centralized management of all zones of the factory.

3. Remote paging: can make a paging to a designated zone or more zones of the factory.

4. Fire linkage: can send an alarm when receiving an emergency signal. 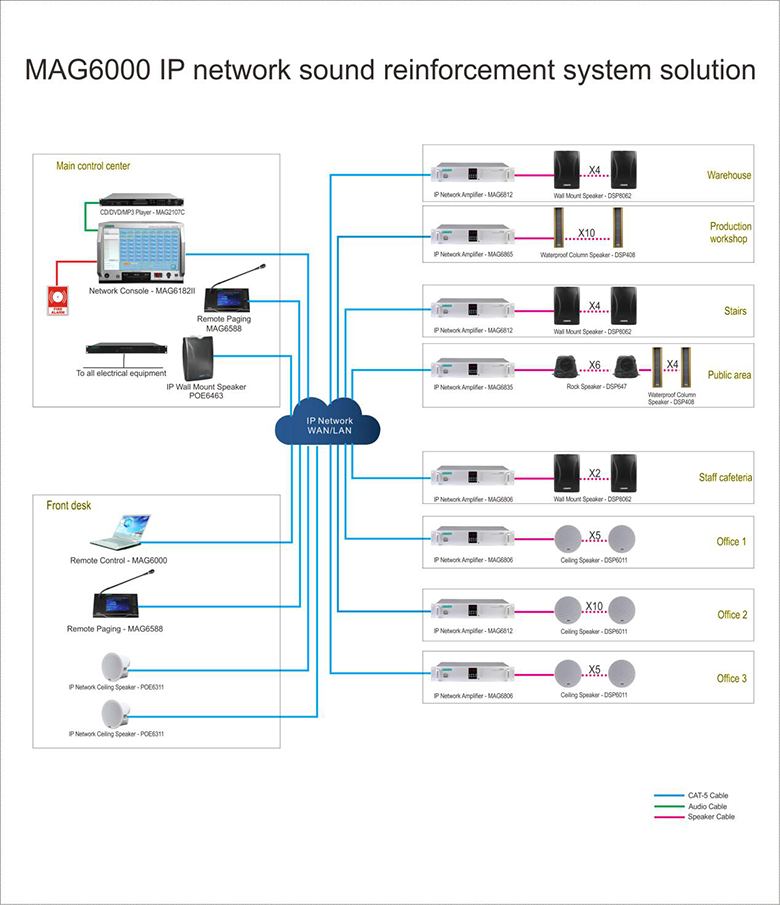 It can provide background musics and broadcasting of safe production, operating instructions and precautions to each operation area, production workshop and offices of the factory.

Through the remote paging station, the user can call the terminals of production areas at the front end from production offices or leadership offices for voice broadcast, command and dispatch, and emergency notice.

When there is an emergency accident or a fire in the factory, it can broadcast to zones or all zones according to the scheduled emergency plan for evacuation guidance, staff safety and public property safety.

The user in the leader office can broadcast to different zones for efficient working flow and task assignment, improving the production capacity of the factory.

The staff of the factory can set the ring time for work and the background music time for rest on the system host to realize the unattended operation.