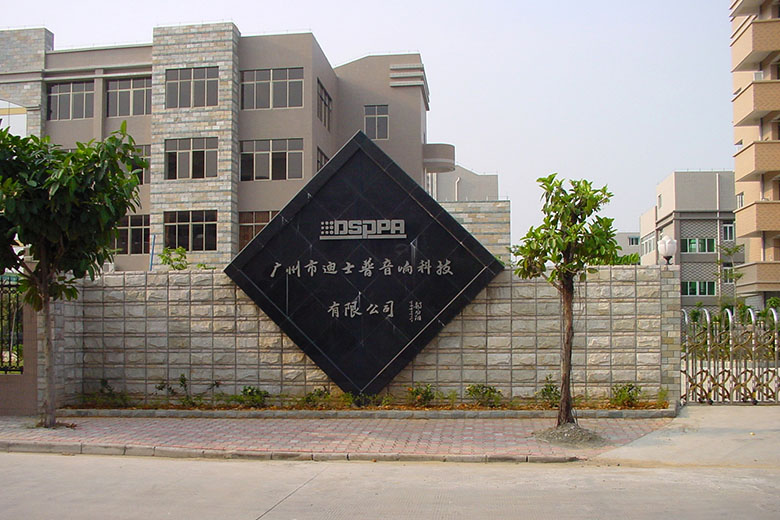 The entire plant is going to be equipped with a complete public broadcast host, power amplifiers, speakers and auxiliary equipment to achieve traditional broadcast functions. The project requires that each zone can play different background musics and radios at the same time, to achieve an all-round high quality on paging and voice messages delivery, and realize the requirements of timing playing of background musics, business broadcast and emergency broadcast, as well as achieve full intelligent user-friendly broadcasting.

The broadcasting system of the first phase of the XX factory will cover the office areas of the complex building, production workshops, public areas, canteens and other areas. According to the demand, background music will be set in the office areas of the complex building, and broadcast access points will be set in each workshop, to provide background musics, paging broadcast, timing bell and emergency broadcast in the event of emergency for those ares. 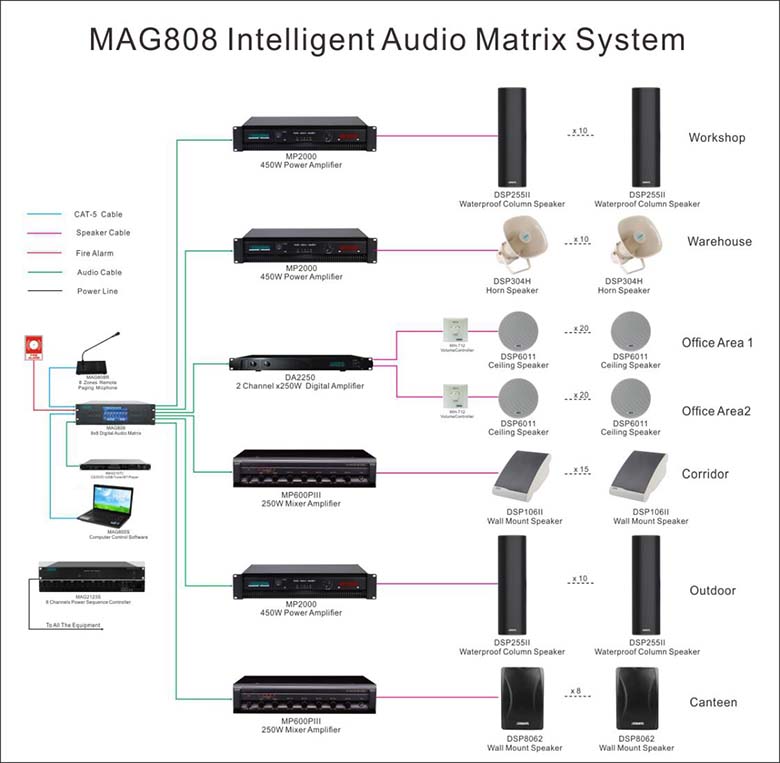 According to the requirements of factory arrangement and management, the system can preset scheduled tasks for one day and the playlist for one week to play the schedule bell ring regularly; set different zones or all zones to play background musics regularly; can control each zone switch automatically or manually and control the system volume manually.

2. Broadcast in all zones

It is required to broadcast schedule bell rings for work, notifications, and leadership speeches to all zones of the factory. It can not only broadcast voices to all zones through analog sound sources such as microphone and DVD, but also broadcast audio programs stored in the main control computer to all zones.

According to the needs of factory for broadcasting, the entire plant area will be under zone management according to different functions (office building, administration building, logistics department, product exhibition area, production workshop, canteen, parking lot, etc.), which can achieve broadcast to all zones, a single zone or multiple zones of the factory. The function can be achieved manually and automatically. The latter one is to use the main control management system to realize the automatic playback of commonly used musics in the factory, while the former is to manually control the broadcast at any time based on the needs of the factory (such as notifications, meetings, speeches, etc.).

The sub-control center can be set in the office of the office building or the administration building, equipped with sub-control software and paging microphone.

Each functional area can be a broadcasting area, where you can play either background musics or initiate a paging. The host can receive the zone alarm signal from the fire center. If an emergency occurs in a certain functional area of the factory, the alarm signal will activate the intelligent public address system to make the corresponding work area enter the forced emergency broadcast state. The override broadcast can be limited to the accident area or can also be extended to several adjacent areas (settable). The latter is an adjacent alarm function, which can prevent secondary accidents, such as crowding and trampling, effectively control the emergency with effective timely measures and minimize the loss of life and property caused by the accident.


Note: This table is for reference only.