How to Choose the Right Conference System?

According to the function and composition mode, the general conference system can be divided into the following five types.

Of course, this form of conference system has a single function and is only used for speech reinforcement, and cannot meet the functions of other conference forms. It has high requirements for operators. It is necessary to control each microphone in real time, and close the sound of unused microphones in time.

The basic mode of automatic and digital announcement system is similar to the multi-microphone conference system based on the mixer. The difference is that the multi-microphone signals are automatically mixed and output to a certain channel of the mixer. The so-called automatic mixing is to insert multiple microphones into the automatic mixer. After adjusting the appropriate gain, all the microphones are turned on. The mixer can automatically identify which microphone is in use, so it is triggered to open the channel and perform amplification processing. Input channels that do not use a microphone are turned off.

The advantages brought by the automatic mixer are: it can automatically open and close the input channel of the microphone to prevent interference, automatically set the appropriate input level, so that the sound loudness is basically the same, improve the sound reinforcement effect of the conference, and reduce the pressure on the sound control personnel. 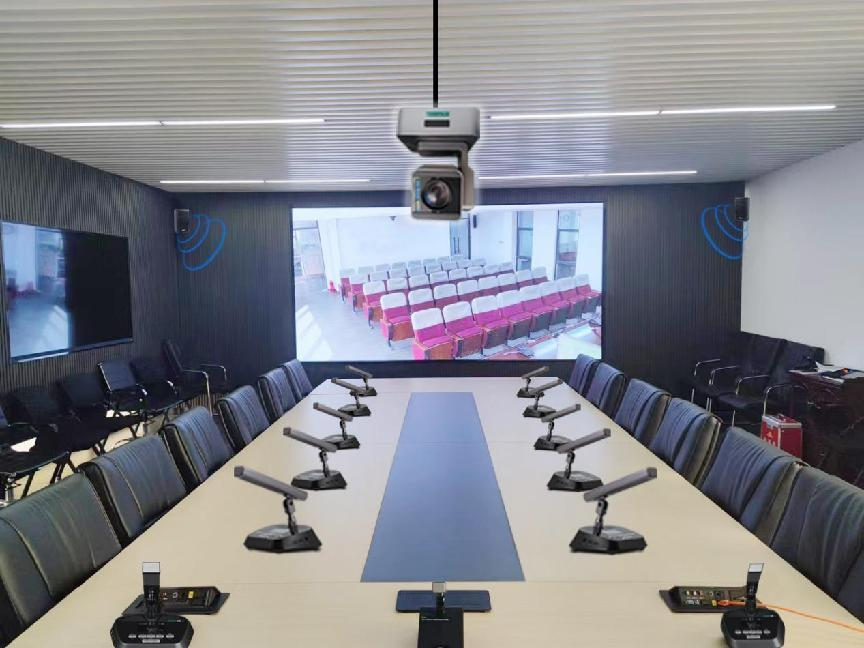 With the advancement of technology, the functional requirements for conferences are becoming more and more abundant, and it is difficult to meet the requirements of analog technology, so the hand-in-hand digital conference system appears.

There is no major change in the basic structure of this type of conference system, but it can be easily added: electronic table cards, sign-in, recording, control and other functions, and the compatibility with simultaneous interpretation and other systems is better controlled to improve stability. 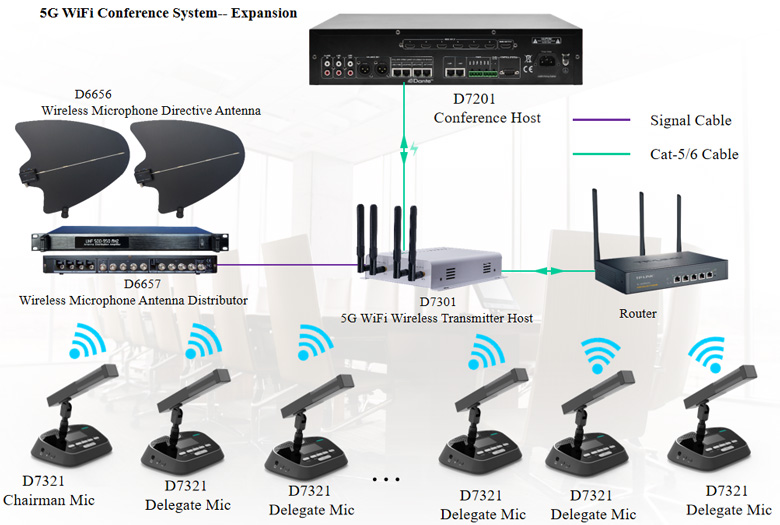 The system consists of a system host (hardware), application functional requirements (software), system structure (network), and functional modules (client) such an architecture. The system can greatly expand the functions of various conference forms, and functions such as electronic document circulation, signing, discussion, and voting are easily integrated, subverting the traditional conference system.

Ⅱ. The conference system can be divided into:

This type of system has the characteristics of simple structure, stable performance and strong confidentiality, and has a certain market. At the same time, it also has the disadvantages of high wiring cost and not easy to move.

Of course, the above classification is not complete and unique. The purpose is to make everyone have some understanding of the conference system and its technology, so that we can choose in actual work.