1.Solution Description
With the demand for conference environment and equipment, technology and intelligence gradually become the primary elements of multimedia conference. To this end, DSPPA has developed a set of centralized control system, which integrates centralized control of lighting, equipment, projection and audio and video into one system, providing users with a simple and direct control interface, so that users can easily grasp the status and functions of each equipment, reducing cumbersome operation. 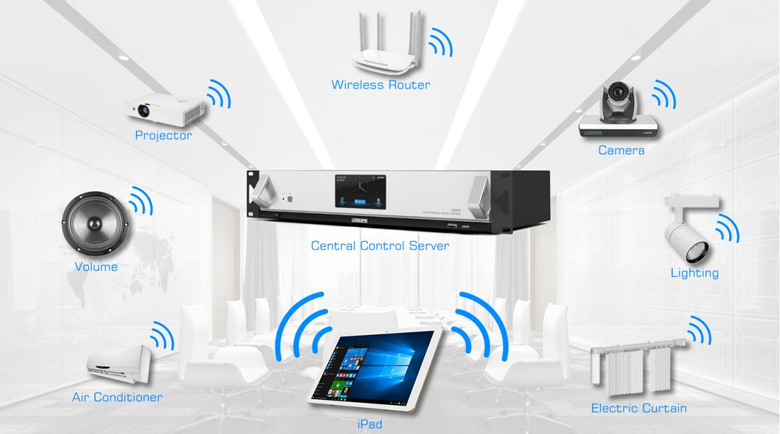 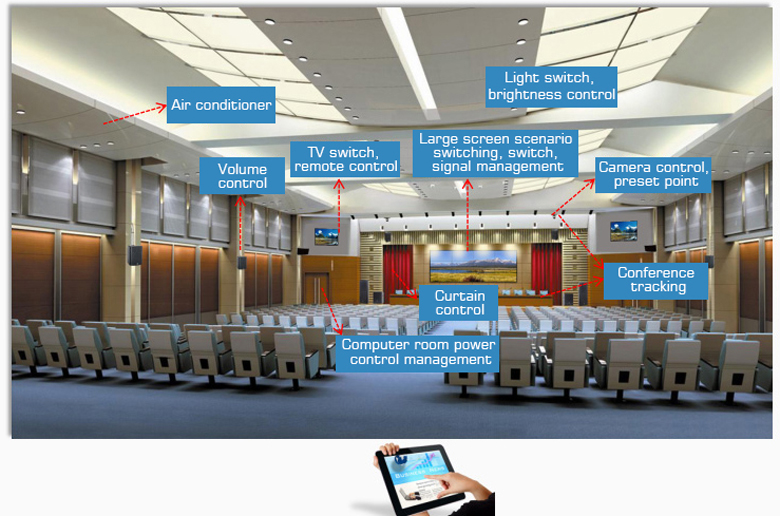 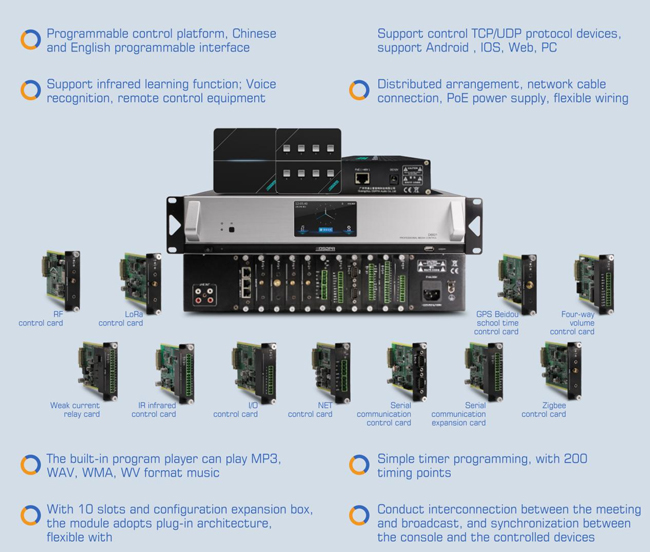 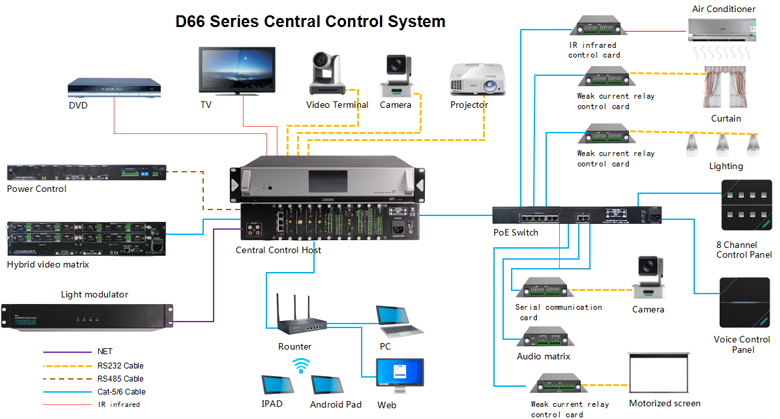 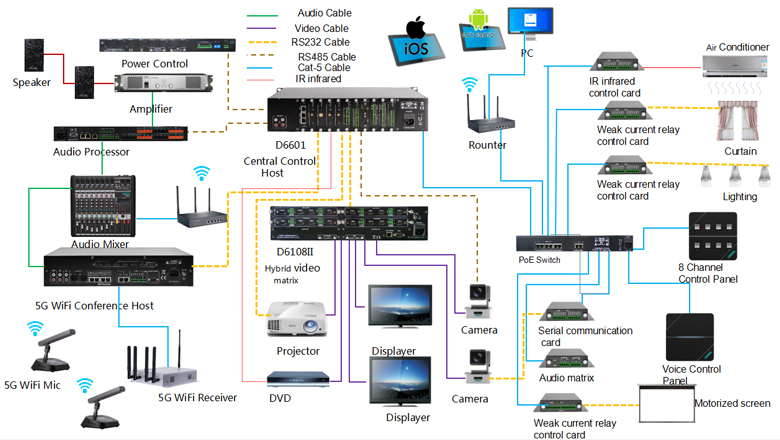 4. Attainable Functions
1.Networked Transmission: The Interconnection can be achieved between the central control hosts through the network and the supporting function card.
2. Audio-Video Switching: Through the 8-channel control panel and the voice control panel,the audio/video of the control matrix is freely switched, ensuring the unified control and management.
Camera Tracking: Connected with digitalConference Systemto achieve camera tracking, which can provide close-ups of the speakers.
4. Projector Control: The central control panel controls the projector power switch, display screen switch via serial RS232 protocol or infrared transmitter.
5.Power Management: Projected curtain, electric curtain, HD TV and other consumer devices can be controlled and managed in a unified way, such as up and down, on and off etc.
6.Volume Control: Control and adjust the volume of the microphone, DVD, etc. of the conference room; All volume levels and numerical percentages are displayed on the touch screen, so that the user can see at a glance the volume control of the system.
7.Infrared Control: DVD, air conditioner and other devices with infrared probes can discard cumbersome remote control by infrared learning of the central control host. And then Control and manage  can be achieved with a single wireless touch screen.
8.Scene Switching: Several scenes can be set in the central control program, and one-click switching can be achieved through the wireless touch screen.
9. Light Control: Control the brightness/status of the lights. 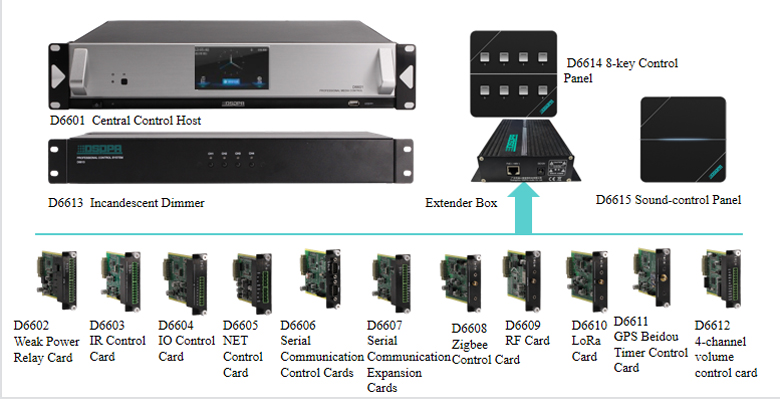 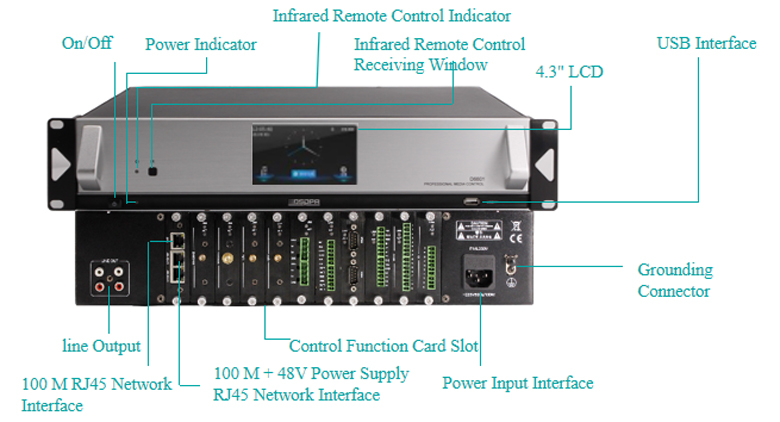 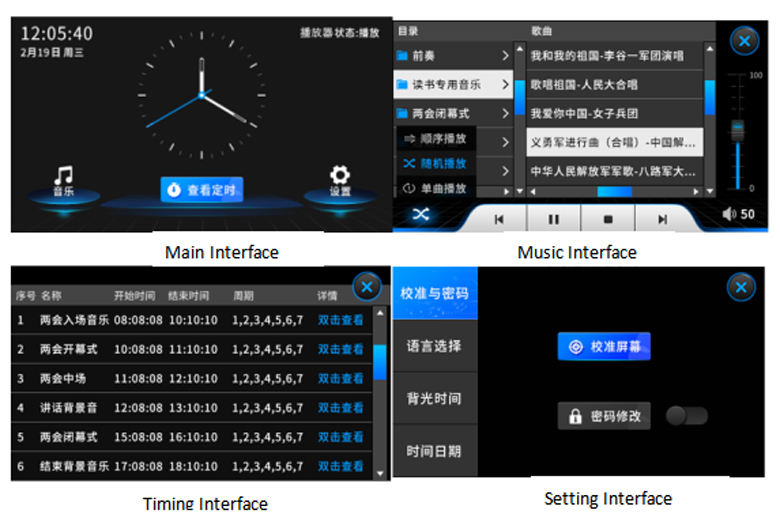 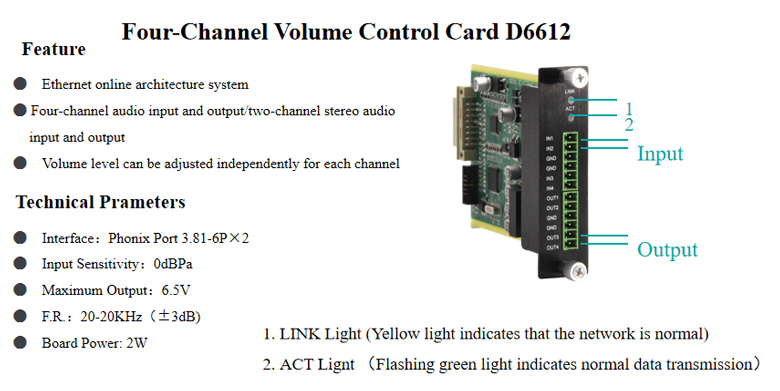 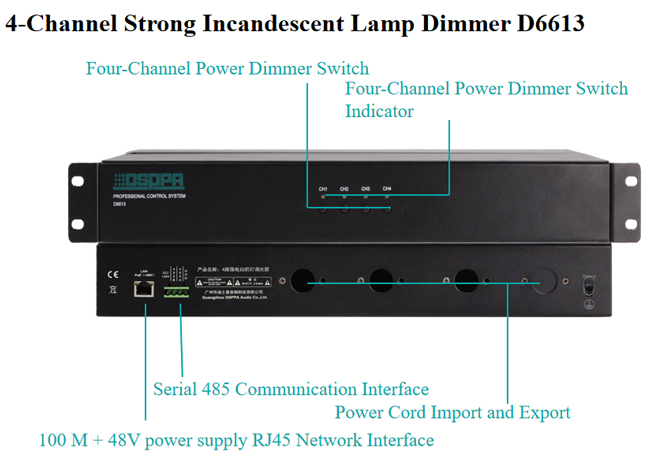 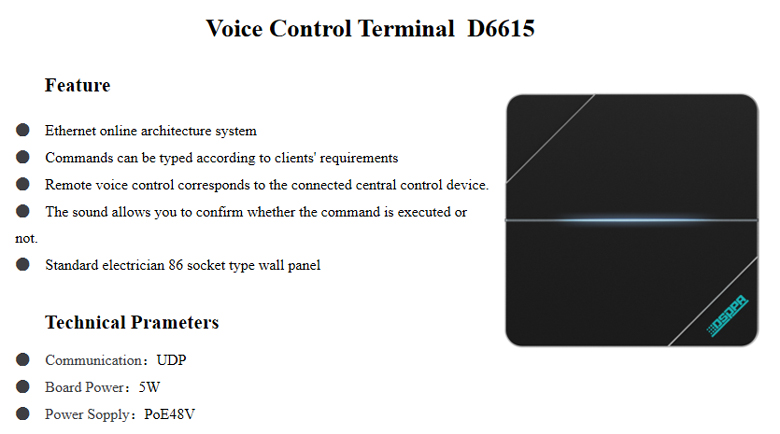 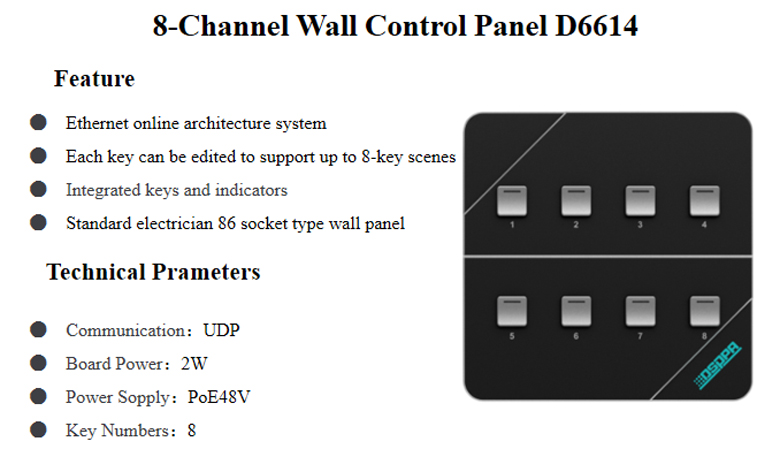 The software of the distributed central control system is configured with function module cards according to the needs of clients, and then the control commands are programmed and set by logging into the Web terminal as required.
Now let's take the 4-channel strong incandescent light dimmer control as an example: 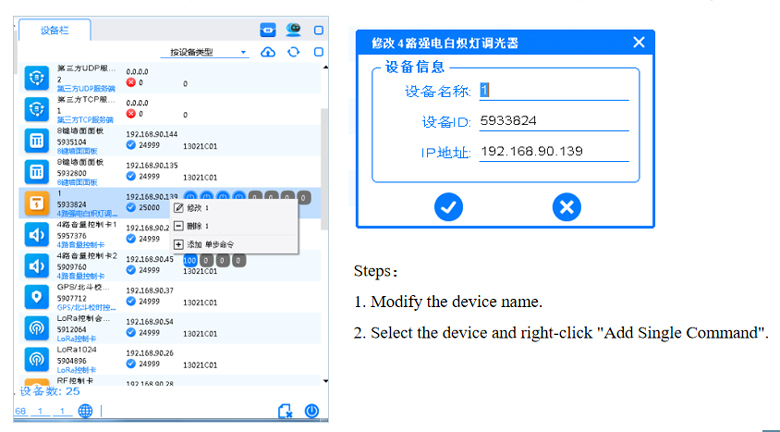 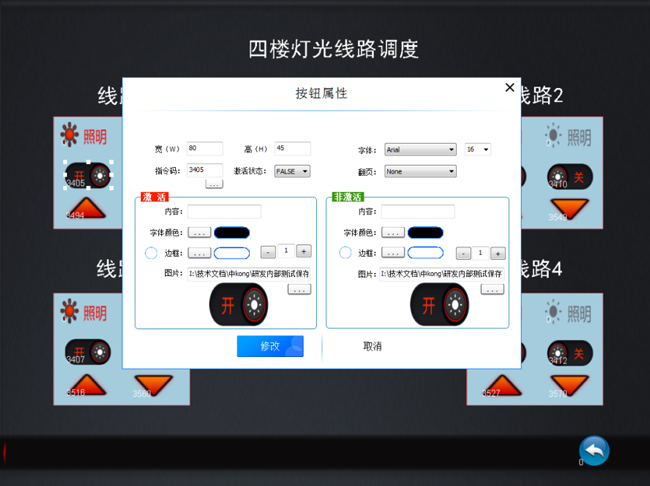 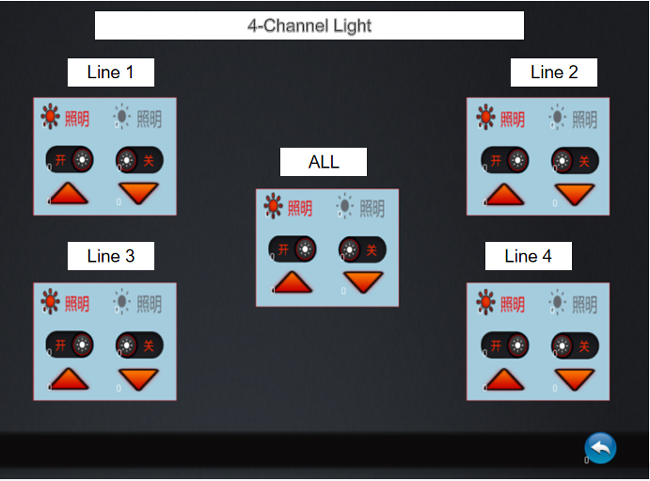 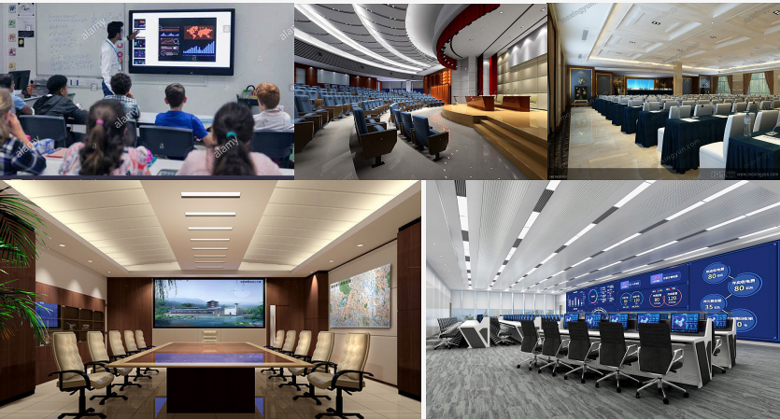