With the continuous development of society, the IP PA system becomes one of the indispensable equipment installed in modern apartments. As the background music and apartment intercom system change our original lifestyles, our requirements for PA system in apartments have been changed greatly.
DSP9000 system can realize background music broadcast  (zone broadcast), visualized intercom, zone paging, and timing notification broadcast in the apartment. When there is a fire in the apartment, the system can be used to broadcast alarms in designated areas as it has emergency alarm function, so as to avoid personal injury or property loss. 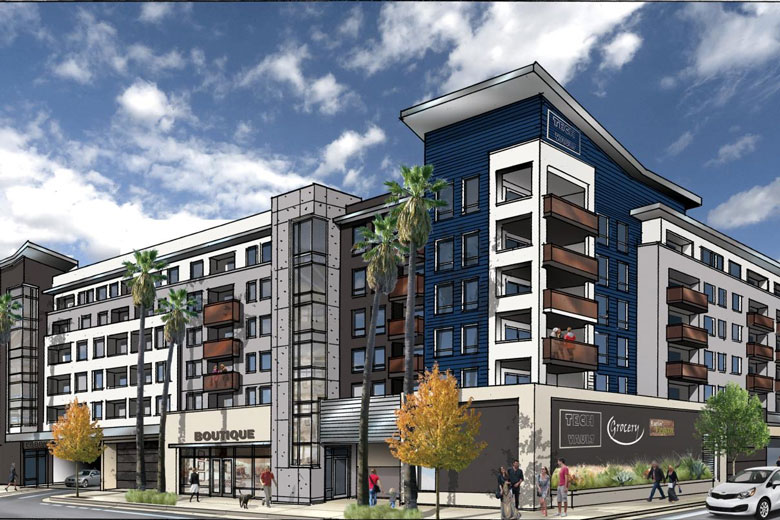 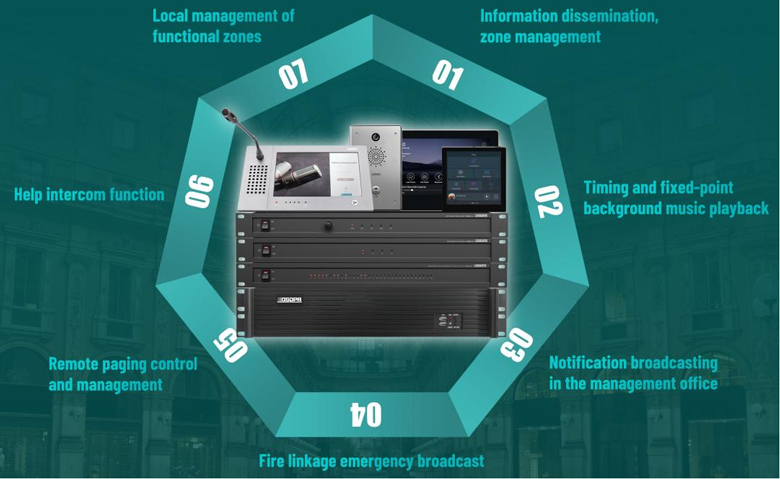 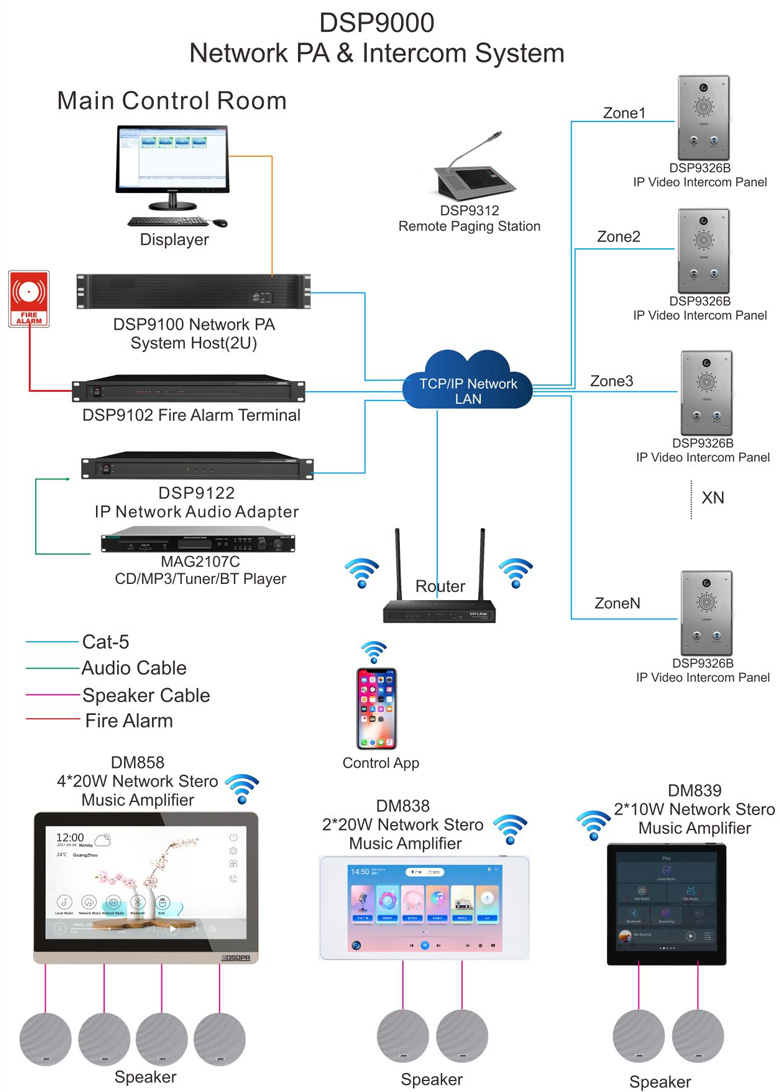 
1. Information dissemination, zone management
Use the background music broadcasting system to disseminate and publicize the community notifications and information broadcast to the apartment and specific areas.
2. Local management of functional zones
The system can support central control and local management. DSP9000 can realize both centralized control of the system and local control of each zone. For example, the users can install DM858, DM839 and DM83II in the apartment rooms to play their favorite music, broadcast reminders, etc.
3. Help intercom function
Install a video intercom terminal DSP9326B on the apartment floors and in the apartment rooms to realize the intercom between the terminal area and the apartment management center, including emergency help and information feedback, so that the management center can quickly respond to the situation through the intercom.
In addition, install DM858, DM838II, and DM839 in the apartment rooms to play music, talk to different rooms in the same apartment, and realize help intercom with the intercom paging station DSP9312.
4. Notification broadcasting in the management center
Install a remote paging station DSP9312 in the computer room and control center, or the leadership office, for emergency broadcast and information broadcast to any area or room of the apartment.
5. Emergency broadcast
When an emergency occurs, the emergency broadcast information can be played in time, and at the same time, other functions of the public address system (such as background music, general broadcast) will be suspended. With one-key alarm, it can quickly start the pre-recorded emergency voice to quickly evacuate people and guide the evacuation direction; until the emergency broadcast state is removed, the normal broadcast function can be restored automatically or manually.
6. Fire linkage broadcast
Fire prevention and disaster prevention. In case of emergency, with one-key alarm, it can play emergency chimes to remind personnel involved to evacuate immediately and ensure their personal safety, so as to ensure personal safety and avoid accidents. 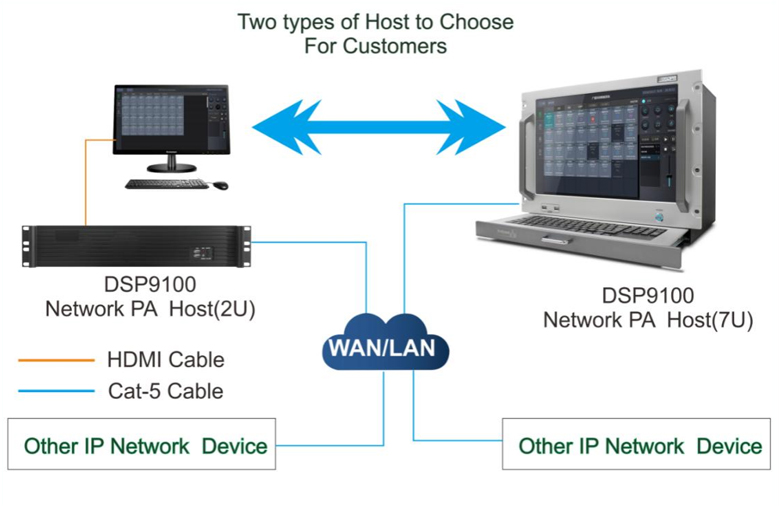 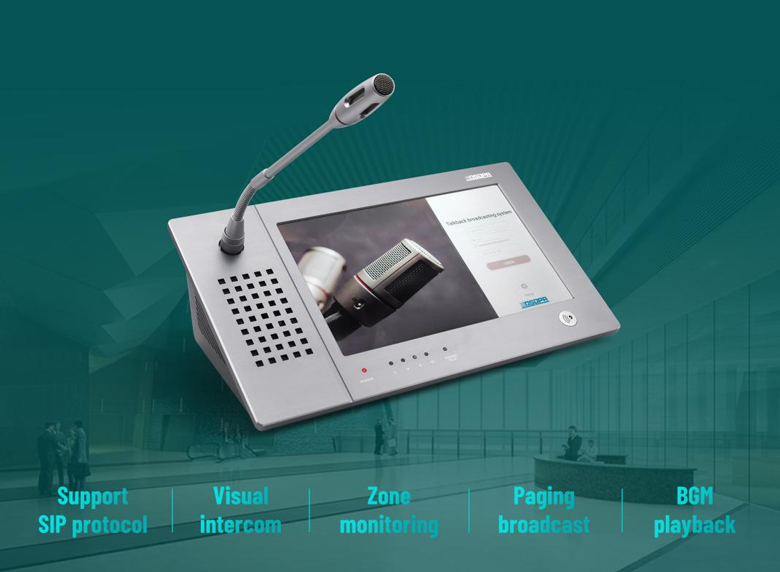 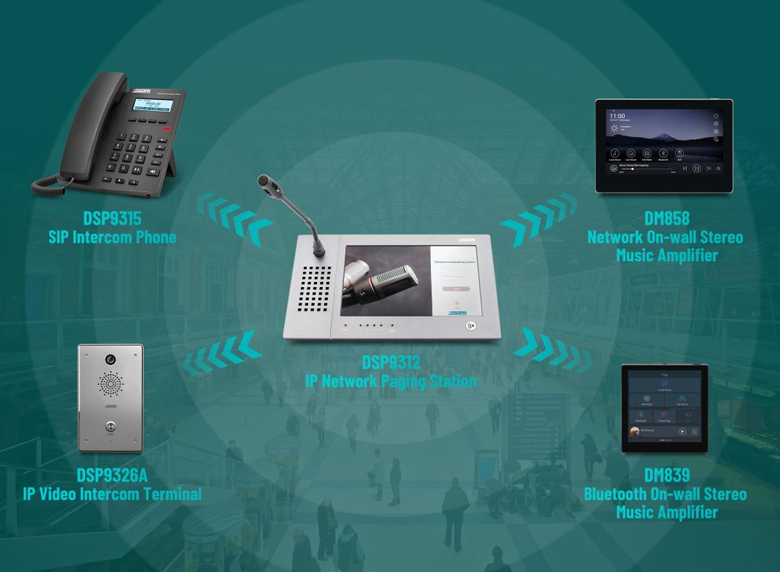 Features:
● Built 10.1 inch LCD touch screen
● Can control up to 200 zones, with single zone selection, multiple zone selection, and all zones selection
● Integrated with intercom, broadcast, monitor, supervise, and music playing
● Can display the followed zones and groups
● Support max 9 zones monitoring information
● With multi-level indication light for paging status
● Save the recording file and running log
● The microphone will be turned off automatically after no signal input within the setting time
● The screen backlight illumination time and brightness are adjustable
● With user password and authority management
● Power supply POE48V 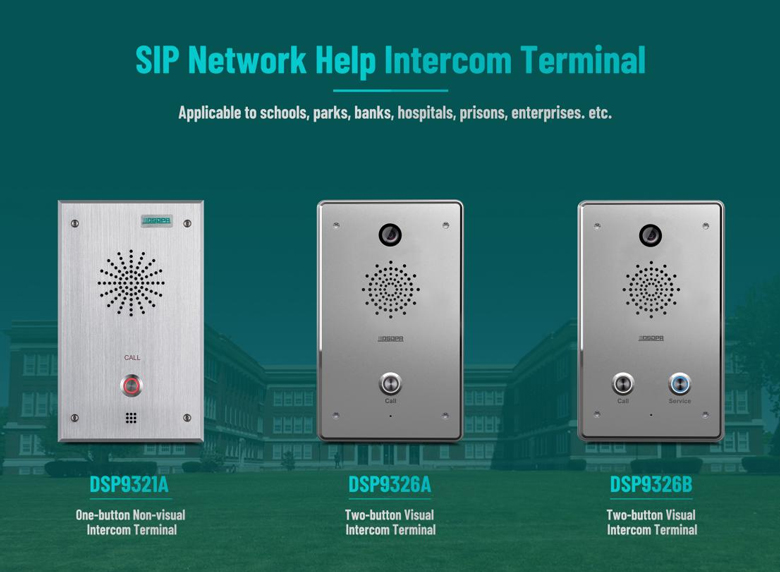 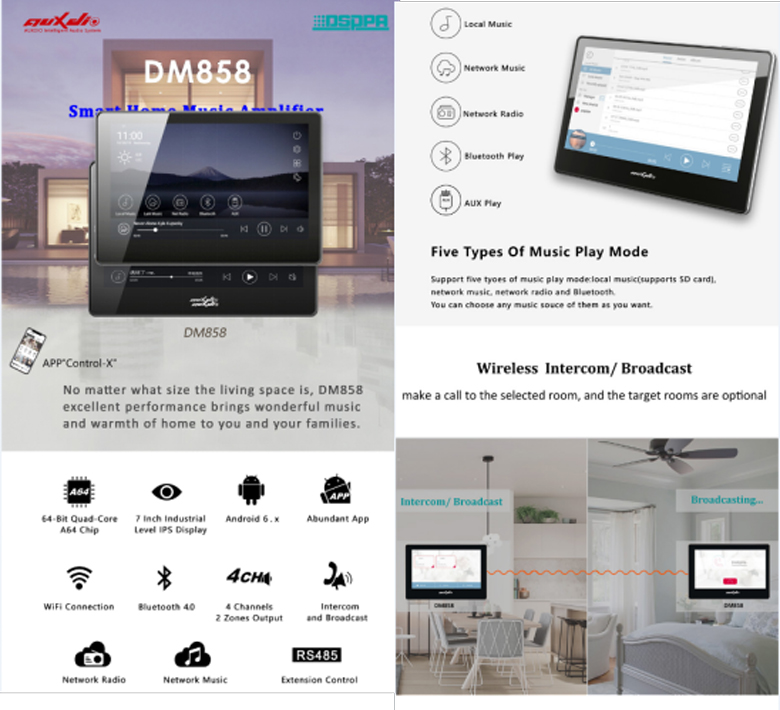 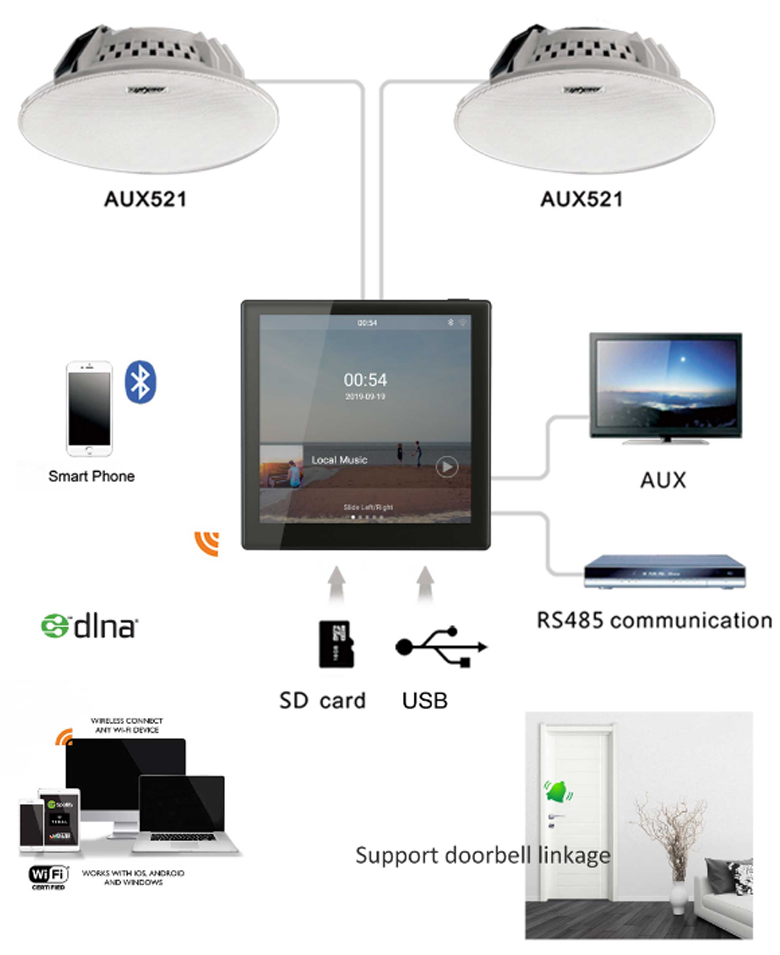 Wireless talkback/call
Make a call to the target rooms, which can be selected as needed. 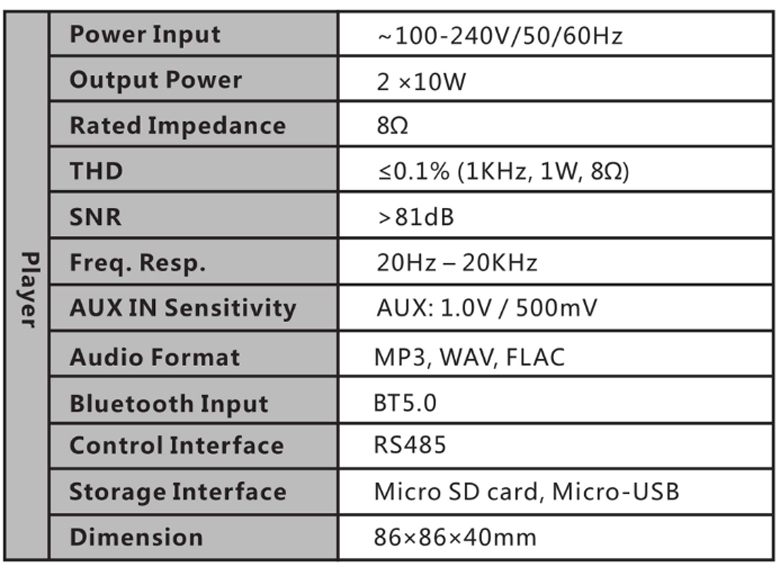 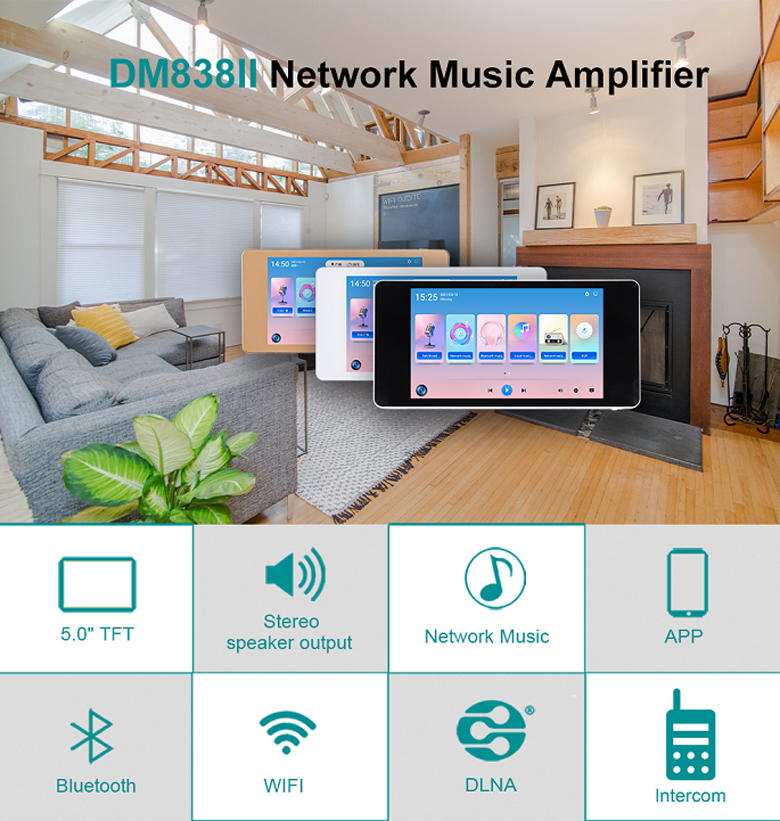 No matter what size the living space is, DM838II excellent performance can bring you and your family wonderful music and atmosphere.

Wireless talkback/call
Make a call to the target rooms, which can be selected as needed. 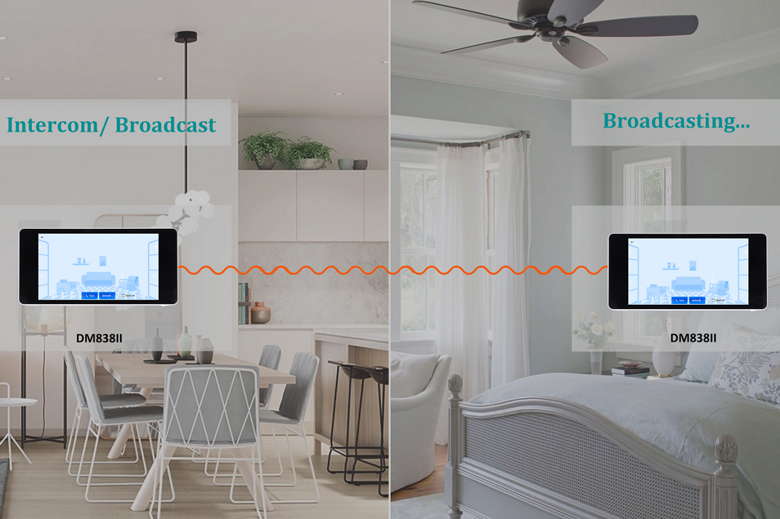 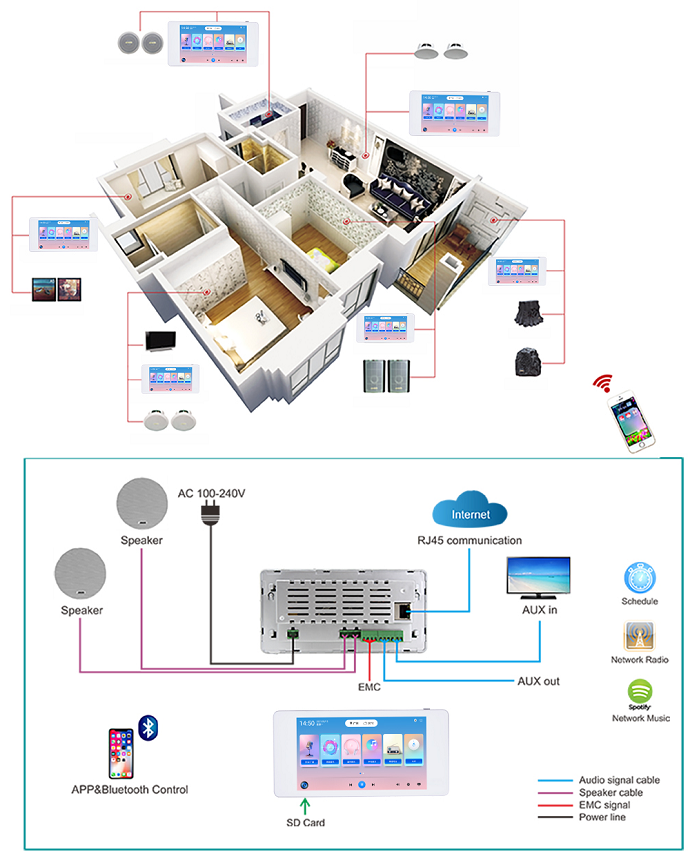