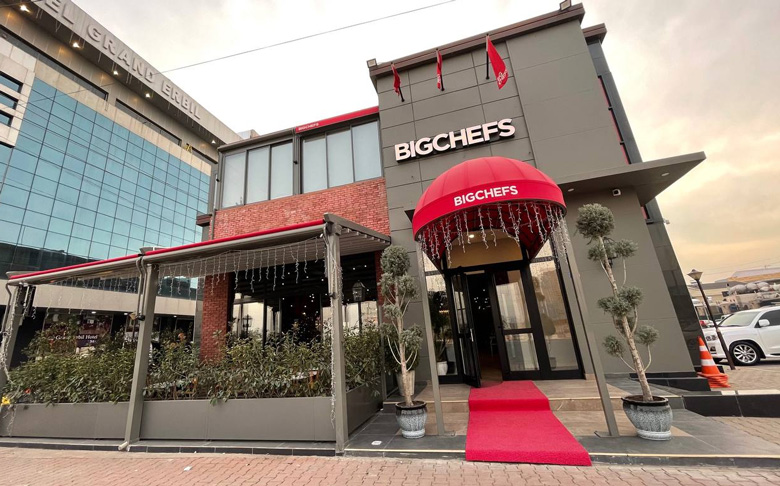 In order to realize the functions of playing different music in different zones, broadcasting and fire linkage, our exclusive distributor in Iraq, Jihani Camera Company, applied MAG808 audio matrix system, DA series multi-channel digital power amplifiers and different models of speakers to the restaurant. Also, the system can be linked with the fire system through the host or computer control page and Android application program for emergency broadcast and emergency evacuation in an emergency. 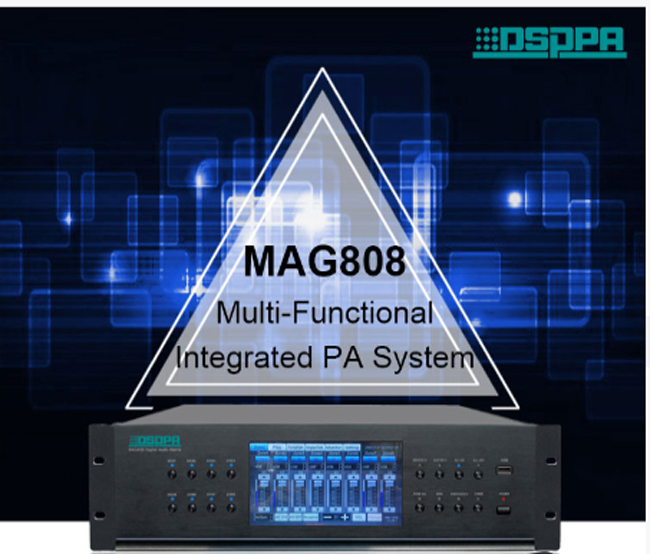 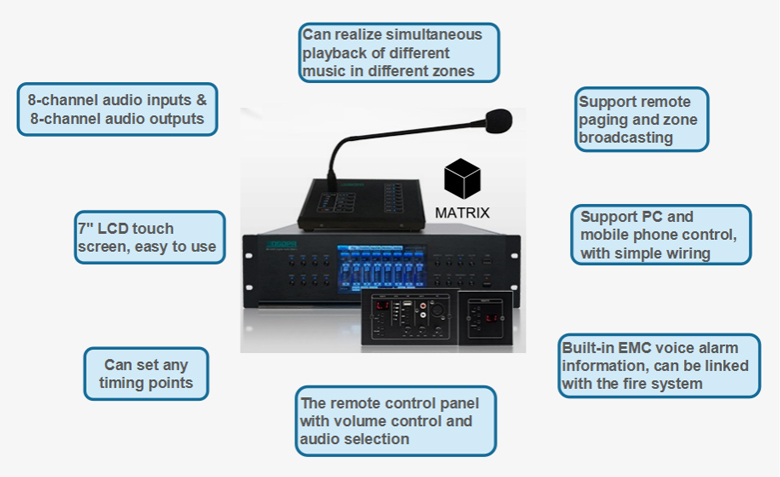 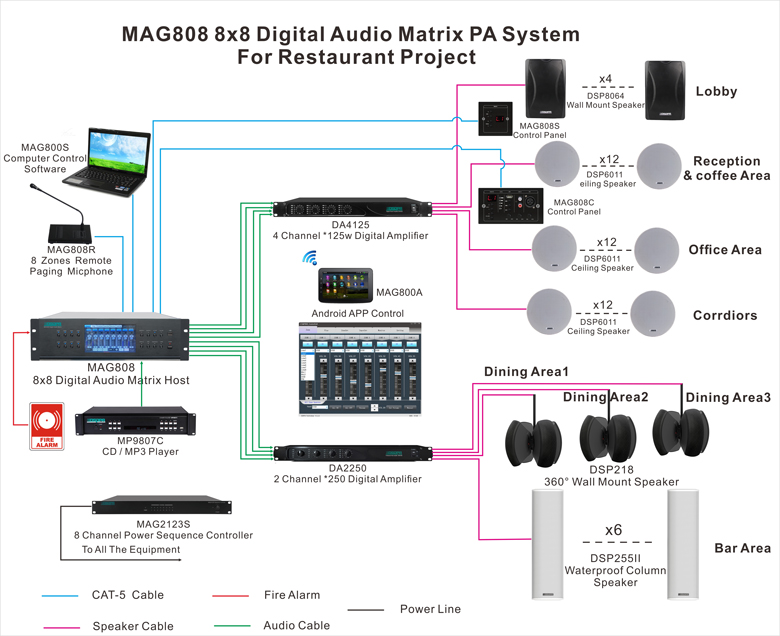 
1. Host function
The host MAG808 is an audio matrix main control unit with 8 inputs and 8 outputs, with a 7" LED touch screen, on which you can select different audio sources for different zones, and can set to play BGM at timing points. Also, the 8-channel dry contact interfaces can be connected to the fire alarm system to achieve fire linkage.
2. Sub-control management
The management staff in the reception area can log in to the management page of the public address system through the computer in the reception area, to carry out zone and group management, and set different timing points according to the actual needs of each area, and perform operations such as broadcasting, paging and others.
3. Paging broadcast
The staff in the reception area can use the paging station MAG808R to release some kind reminders or temporary notices regularly according to the specific situation of the restaurant, and speak to any point, zone or whole area of the restaurant, breaking through the situation that the traditional management staff must get to the main control room to conduct voice broadcast to the restaurant (notification + finding someone + information broadcast).
4. Different music in different zones, and BGM at timing points
The restaurant management staff can select the same or different music to play in the coffee area, bar counter, or office area, or dinning area, play special voice programs regularly for each zone, or manually insert certain program music on the host MAG808 or computer software MAG800 according to the actual needs of each zone.
5. Free control system
The staff in the reception area can play music and control the volume in all zones or a single zone through the mobile phone control app MAG800A.
6. Independent zone BGM control
Install a control panel MAG808S in the lobby for individual sound source selection and volume control.
Install a control panel MAG808C in the reception and coffee area to select individual sound sources and control the volume. You can also input multiple audio sources separately in this area; such as USB IN, MIC IN, and AUX IN.
7. Fire emergency broadcast, alarm in adjacent layer
The host MAG808 has 8-channel short-circuit trigger interfaces, which can be linked with the fire system to realize local alarm and early warning in adjacent layer. If there is an emergency like a fire in the building area where the restaurant is located, when the host MAG808 receives the fire signal from the fire alarm terminal of the building or area, it will trigger the built-in emergency voice of the MAG808 to remind the personnel to evacuate the scene, and the paging microphone MAG808R can be used to broadcast and guide the people to evacuate, so as to minimize the loss caused by the accident.
5. Application Effect
Now, our MAG808 Digital Audio Matrix System has been applied to the restaurant to meet the requirements for different background music in different zones. The following is the actual installation scene of the gym. 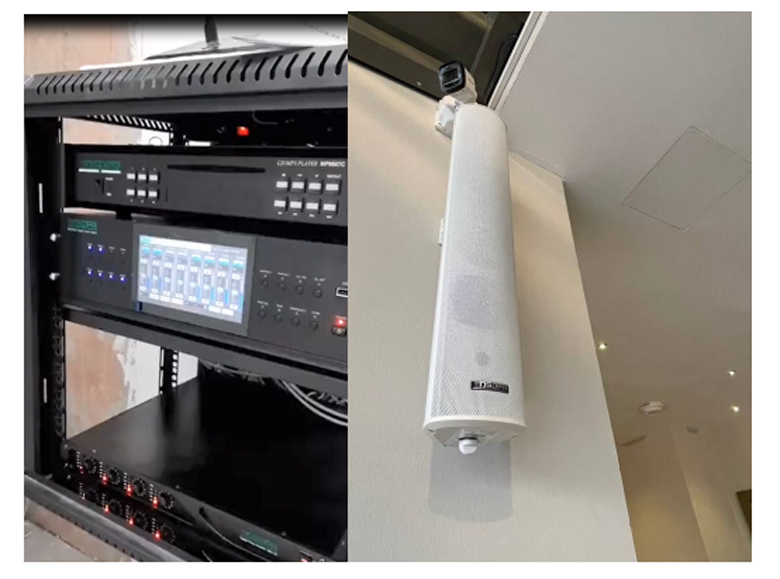 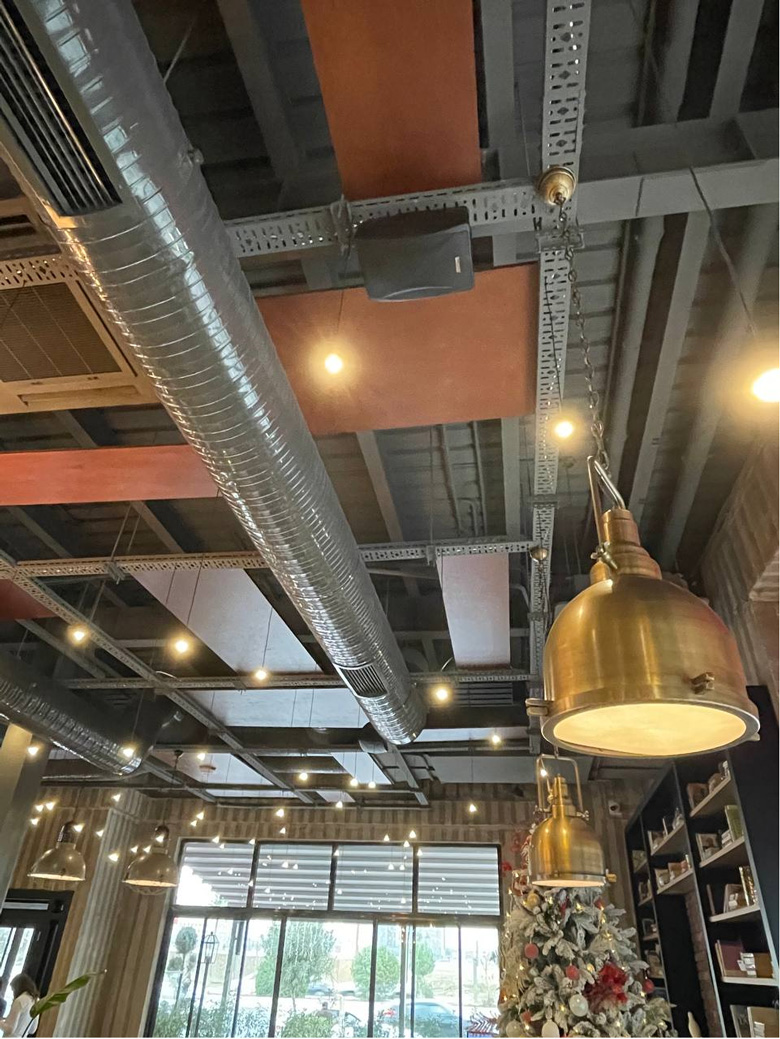 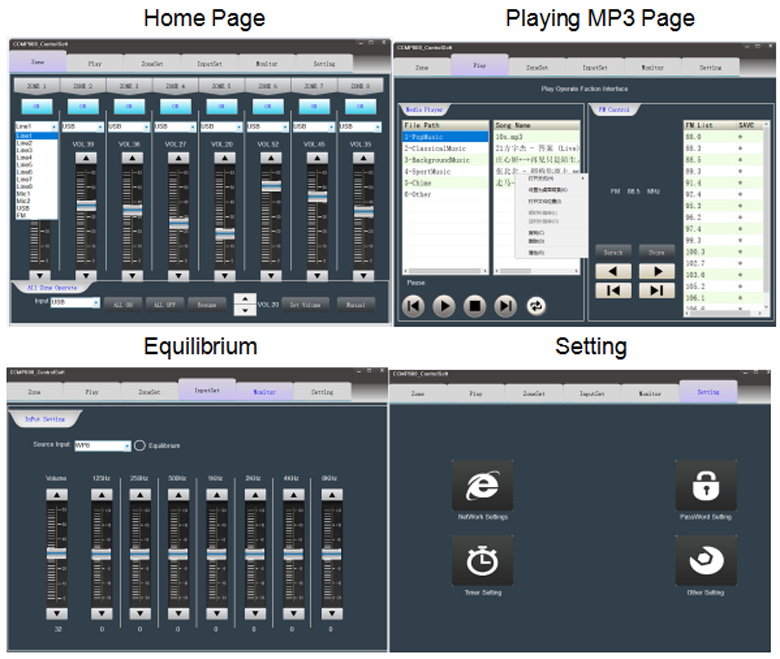