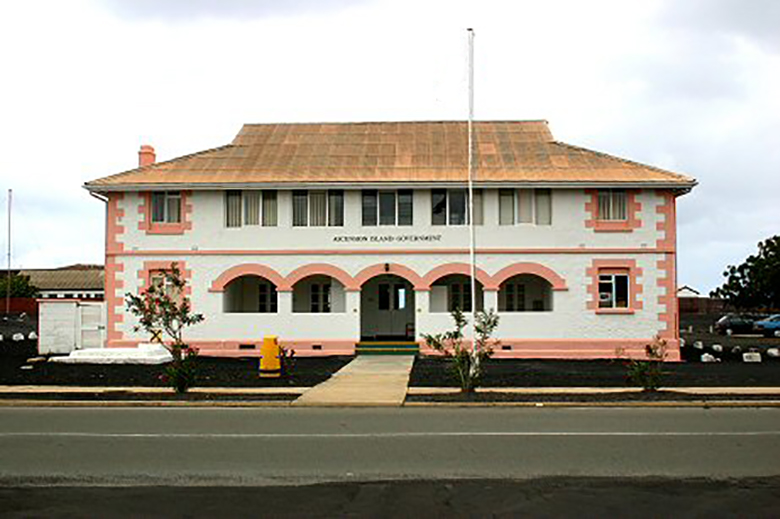 The government office is an agency to assist government leaders in their daily work. It can be used to: (1) organize the drafting of documents and work reports of the municipal government, and leader speeches, as well as other written materials assigned by leaders of municipal government. (2) summarize, conclude and make statistics on the materials of grassroots organizations. (3) issue government documents. Now a government agency needs to install the public address system in its offices, corridor and conference rooms in the 2nd floor of about 300m2，requiring that it can realize even broadcast distribution and such functions as zone paging and timing broadcast.

● Zone and group broadcast, as well as timing broadcast 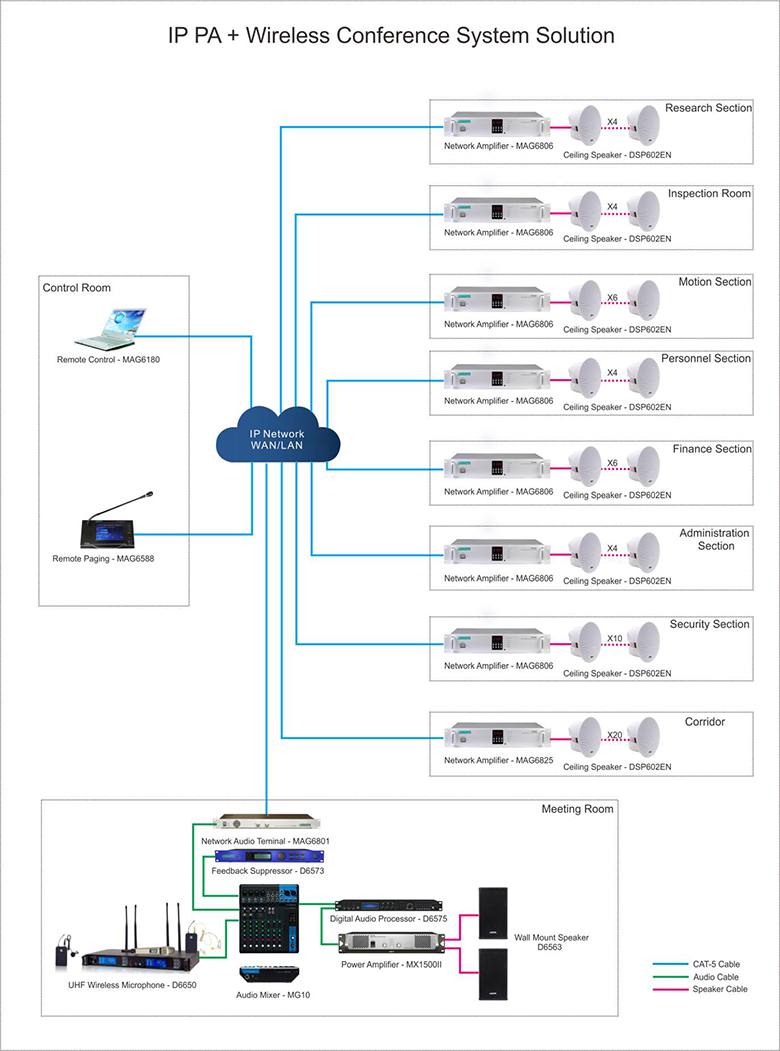 The system can automatically turn on and off the power supply of the equipment according to the settings, with multiple sets of schedules and 24 hours programming (accurate to seconds). The humanized MP3 and radio program can be played automatically, with different MP3 musics and television programs in rest time set every day, creating a warm environment for the government office staff. The schedules can be adjusted automatically according to the season, with special configuration options of weather and holiday. Meanwhile, the emergency procedures can be used in special time or emergency.

With the remote control and paging functions, the administrator can issue the broadcast information to all government office in his own office, without the need to go to the computer room; use the remote paging station to broadcast to any point or zone or all zones of government offices. It breaks the tradition that the administrator must get to the computer room for broadcasting to offices.

As the public address system is equipped with the network paging microphone, the government workers in the control room can initiate a paging or broadcast to one or more offices through the microphone.

The public address system is equipped with a variety of audio sources. It can be connected to the network for real-time broadcast through the master control software, which can be broadcast to relevant offices or all government offices, meeting the diversified broadcasting needs.

With functions of software programming, auto running of system server, different programs playing in different time periods, auto programs playing and auto stop, the public address system can automatically broadcast to one or more government offices under the unattended system.

The solution can realize wireless conference sound amplification and broadcasting in the conference rooms of the government offices.