What Are the Basic Equipment Required for a Smart Meeting?

1. The speaking equipment of the conference system 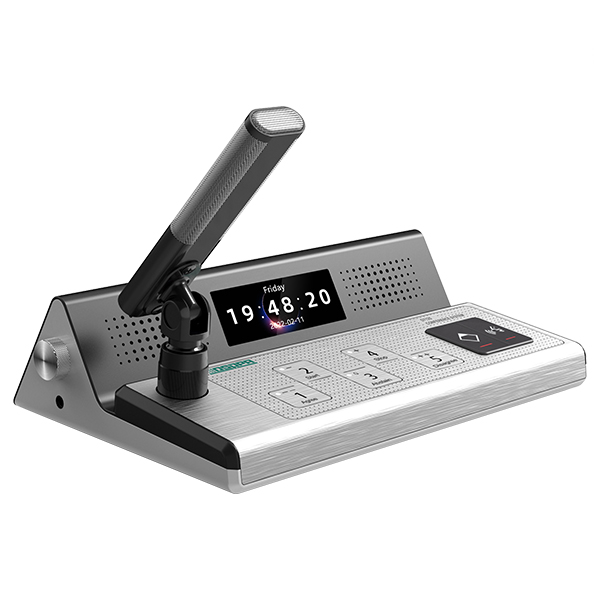 Speaking equipment is a professional term, referring to the equipment through which delegates participate in the discussion and voting of the meeting. Depending on the model used, conference delegates can get some or all of the following functions: speaking, applying for speaking, receiving screen display data, chatting with other participants through the internal communication system, participating in electronic voting, simultaneous interpretation system refers to receiving the original speech language and translating it into other languages to broadcast the new language voice information.

Audio mainly includes power amplifier, main speakers, center speakers, surround speakers, positioning speakers, etc. The functions can be divided into amplification, sound, live sound, surround, different configurations and grades of audio equipment will create a completely different sound. Therefore, in the specific configuration, it must be based on the requirements of the on-site environment, combined with the actual needs, and provide a truly practical and perfect sound system by consulting professional audio professionals. We can provide you with the latest professional conference system audio with small volume and high power, and easy to move.

Projector from the CRT three-shot projection method to the present LCD single-shot LCD projection and the newly developed DLP digital projector, although only experienced a few years, but the invention of this technology has brought a lot of convenience and benefits to people.

According to the projection method, there are three methods: front projection, rear projection, and combined splicing. Front cast is divided into two types: hoisting and sitting, which have the advantages of high site utilization and simple installation. The rear projection method has strong anti-interference ability of ambient light, style and beauty, but the disadvantage is that it requires the place to have enough depth. Combination splicing is currently the first choice for large-format projection, and is widely used in TV stations, traffic command and monitoring centers, alarm centers, troops and other occasions.

A modern conference venue integrates computers and a variety of video and audio input and output devices. The operator needs to control each device, and complete the signal switching between the devices, so that it can be broadcast in one or more studio equipment, while modernizing The meeting is also an essential requirement for the coordinated control of lights, electric screens and curtains.

In view of the above problems, the central control system is the best solution. It concentrates the selection and output of various signals and the operation of specific equipment on a touch screen or computer control interface. The operator operates through the intuitive control interface, which makes the complex conference equipment operation and environmental control easy and comfortable.